The American Israel Public Affairs Committee (AIPAC) said that the US House of Representatives will vote, on Thursday, to fund the Israeli missile defense system “Iron Dome” with one billion dollars.

“The House of Representatives (Thursday) is expected to vote on critical funding for Iron Dome,” AIPAC, the largest Israeli lobby group in Washington, said on Twitter on Wednesday.

If the funding is approved in the House of Representatives, the Senate must approve it as well, and then it is referred to President Joe Biden for his signature and promulgation into law.

“Anti-Israel extremists in Congress are trying to block this funding,” she added.

She called on US citizens to urge their representatives in Congress to vote for this support.

On Tuesday, Democratic members of Congress tied their vote in favor of a federal government funding bill with the deletion of a provision to provide support for Israel to purchase Iron Dome missiles, angering members and pro-Tel Aviv groups.

And American media reported that the Democrats withdrew the “Iron Dome” clause for their refusal to link in one text between the “dome” and the funding of their government, provided that the funding is approved within the annual budget bill of the US Department of Defense (Pentagon).

The Israeli newspaper, Haaretz, reported Thursday that senior Israeli officials said they expected Congress to approve $1 billion to fund the Iron Dome anti-missile system, despite this item being deleted from the draft budget Tuesday.

“The Democratic Party is now preparing alternative legislation to approve the funding, and Israeli officials say they are not worried about passing it,” she added.

On more than one occasion, the Biden administration has pledged to supply ammunition to Israel’s Iron Dome.

Last year, Washington granted Tel Aviv $3.8 billion in financial aid, as part of a long-term annual commitment, as part of an agreement signed by former US President Barack Obama in 2016, to give Israel an aid package of $38 billion over 10 years, all for purposes of military.

Tel Aviv obtains from Washington the Tamir interceptor missiles used in the “Iron Dome”, the price of each missile is 50 thousand dollars.

During a war launched on the Gaza Strip, between May 10 and 21, the Israeli army used large quantities of “Iron Dome” missiles to confront the shells fired by Palestinian resistance factions from the Strip into Israeli areas.

This Israeli aggression caused the death and injury of civilians and the destruction of housing units and infrastructure, which worsened the situation in the Strip, which is inhabited by more than two million Palestinians, and has been besieged by Israel since the Islamic Resistance Movement (Hamas) won the legislative elections in 2006. 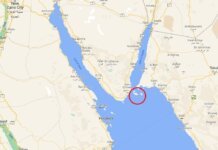