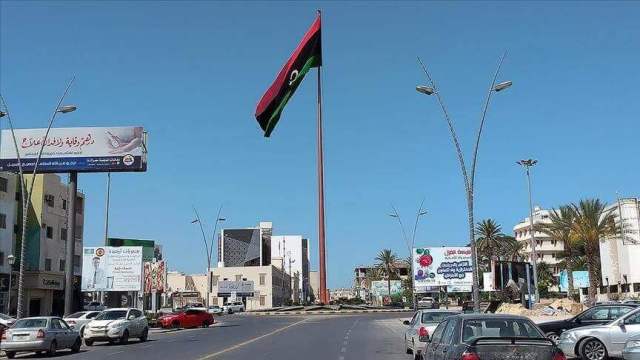 It has become certain that the presidential elections in Libya will not be held on their scheduled date next Friday, and this has become an undeclared reality, based on recent decisions and statements issued by Libyan and international officials.

The Libyan parliament, the Presidential Council, or the unity government did not announce the decision to postpone the elections until 8:00 GMT, but the head of the High Electoral Commission, Imad al-Sayeh, decided on Monday to dissolve the electoral committees of the commission’s offices in the country.

In a letter he addressed to the Director General of the Electoral Commission, al-Sayeh called for a return to the situation before implementing the steps of the electoral process, and for dissolving the electoral committees in the offices of electoral administrations, ending their work and submitting their reports for the year 2021.

The task of these committees was to assist departmental offices in preparing for the electoral process.

On Monday, the US special envoy to Libya, Richard Norland, said that there are no technical obstacles to holding the elections on time, but the obstacles are “political and legal.”

Norland added, during a press conference in Tripoli on the sidelines of a one-day visit to the city, that “it is clear that the technical aspect of organizing the elections on time is present and ready, but there are other obstacles, including legal and political ones,” without further clarification.

On Friday, the head of the parliamentary committee in charge of following up on the electoral process, Al-Hadi Al-Saghir, announced that “the postponement of the elections is a foregone conclusion,” according to the private local “February” channel.

There are differences between official Libyan institutions over the electoral laws and whether presidential and parliamentary elections are held simultaneously or consecutively.

In a later development on Tuesday, the areas of Ain Zara, Al-Sidra and Al-Shok Road in the capital, Tripoli, witnessed an alert and the establishment of earthen barriers by security and military authorities affiliated with the Libyan government, according to what was reported by accounts on social media and eyewitnesses.

In light of this, the United Nations Support Mission in Libya warned, in a statement, that these moves would increase the “risk of clashes that might turn into conflict.”

The mission called on “all Libyan actors to exercise restraint (..) to create a security and political climate that preserves Libya’s progress and enables peaceful elections and a successful transition process,” according to the statement, without indicating its scheduled date of December 24.

Libyans hope that the elections will contribute to ending an armed conflict that has plagued their oil-rich country. With the support of Arab and Western countries and foreign mercenaries, Khalifa Haftar’s militia fought for years against the former internationally recognized Government of National Accord.