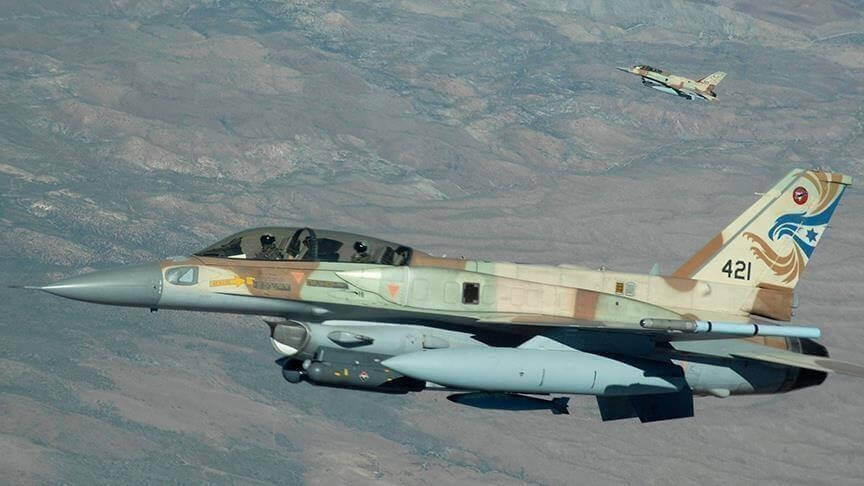 Tel Aviv, Israel / TEH: The former commander of the Israeli Air Force, Amikam Norkin, acknowledged for the first time that freedom of action in Lebanon’s airspace had been affected over the past year.

This came in an exclusive interview with “Norkin”, which was broadcast in full by the official Kan news on Thursday evening, a day after he officially ended his duties after 5 years as commander of the Israeli Air Force.

On Monday, Tomer Bar assumed the position of Air Force Commander instead of Norkin, during an official ceremony at the Tel Nof airbase (center), in the presence of Chief of Staff Aviv Kohavi.

In the interview, Norkin said, for the first time, that “the freedom of the Israeli air force in Lebanon has been affected over the past year.”

He added, “Currently there are fewer flights, which also means getting less intelligence.”

Norkin did not address the reason for the damage to the work of Israeli fighters and drones in the skies of Lebanon.

However, a report issued by the Israeli army late last year confirmed that the situation of the air force in Lebanon’s airspace had worsened “with the entry of air defense systems into the area.”

Commenting on Norkin’s words in the interview, the Kan channel said: “About a year ago, Hezbollah fired an anti-aircraft missile at an Israeli drone, and it almost hit it.”

Furthermore, “In Israel, they realized that Hezbollah leader Hassan Nasrallah decided this time to use part of the surprises that he is keen to keep for wartime, also during normal days, and in practice, the Israeli drones are under the threat of missiles.”

During the interview, Norkin was asked about the possibility of an attack on Iran, and whether the Israeli Air Force was able to destroy Iran’s nuclear facilities, but he did not give a definitive answer to this question, according to the same source.

On more than one occasion, Israel threatened to launch a military attack on Iran, which they accuse of seeking to produce nuclear weapons, while Tehran says its program is designed for peaceful purposes.