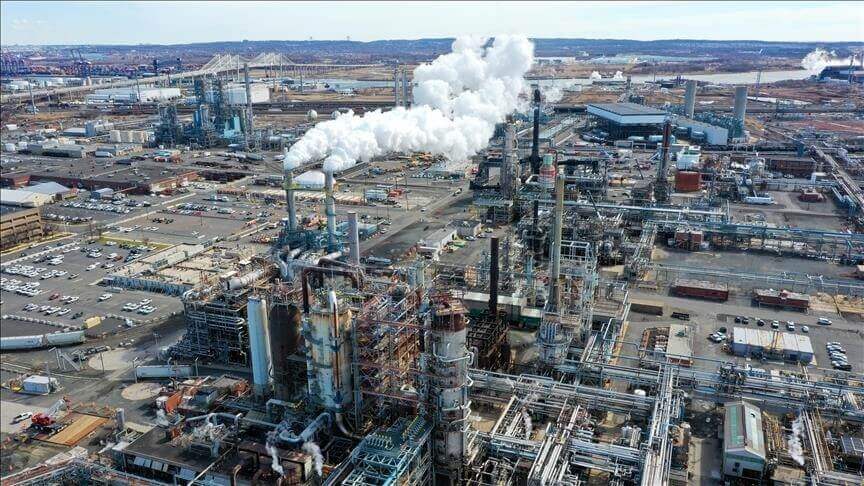 Dubai, UAE / TEH: US crude oil prices rose, while Brent crude prices for the North Sea stabilized, on Friday, amid discussions within the European Union to ban Russian oil in response to Moscow’s military operation against Ukraine.

Brent crude contracts, the benchmark, for June delivery, settled at 111.23 dollars a barrel, down slightly by 10 cents, or 0.09 percent.

The two benchmarks are heading to record weekly gains of more than 10 percent each, at the end of a week that witnessed sharp fluctuations, amid conflicting indicators and reports on supply and demand.

And Thursday, the American newspaper “New York Times” reported that European Union officials are considering imposing a gradual ban on Russian oil imports, to give countries such as Germany enough time to provide alternative sources.

So far, European sanctions have not included a ban on Russian energy imports, on which Europe largely depends, unlike the United States, which imposed an early ban on the import of oil and gas from Russia. The Eastern Herald online newspaper.

Estimates of the International Energy Agency, issued on Wednesday, contributed to supporting prices during the week, with Russian oil exports declining by 3 million barrels per day in this April, as a result of a voluntary reluctance by international trading houses to buy Russian oil for fear of exposure to Western sanctions.

Russia is the second-largest oil exporter in the world after Saudi Arabia, with an average of about 5.5 million barrels per day.

On February 24, Russia launched a military operation in Ukraine, which was met by the West by imposing a wide package of sanctions that disrupted oil supplies in global markets. The Eastern Herald online magazine.

Over the past two weeks, oil prices continued to rise, ignoring the plans of major countries, led by the United States, to withdraw 120 million barrels from the strategic reserve within six months.

Also, a significant increase in US commercial crude stocks by 9.4 million barrels last week did not manage to calm prices.

In the early days of the war in Ukraine,...