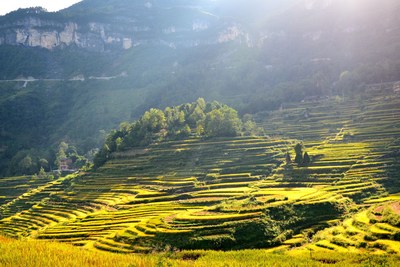 “Chongqing is our first choice for hosting the country’s first regional public welfare special activity,” said Ge Yan, Secretary-General of the Tencent Foundation. “Chongqing has a well-deserved reputation for its contributions to public welfare undertakings, and the projects launched this time will boost the rural revitalization of Chongqing.”

Ranking among the top ten in China

In recent years, Chongqing’s widespread enthusiasm for public welfare has been evident to all. According to the big data of the Tencent public welfare platform, Chongqing has remained in the top ten in the country for five consecutive years in terms of the number of donations and donors.

According to a press conference on April 21, the 2022 “Rural Revitalization • Chongqing Session” public welfare activity will last from April 27 to 29. The Tencent Foundation will provide 50 million yuan (approx. 7.62 million U.S. dollars) of donations to all ongoing public welfare projects in the activity.

Up to now, 94 charities, social organizations, and voluntary service organizations in the city have planned nearly 300 projects in seven areas, including assistance in industry, education, and talent, as well as ecological revitalization, said Xu Haibo, member of the party group and deputy director of the Chongqing Municipal Bureau of Rural Revitalization.

Meanwhile, the activity has opened an online fundraising channel. From April 27 to 29, people can make donations to their favorite public welfare projects through the WeChat mini program “Tencent Charity”.