Swedish PM support the PKK being on the terrorist list, after talks with Erdogan

COA, HONG KONG TAKES THE TOP SPOT IN THE LIST OF ASIA'S 50 BEST BARS FOR THE SECOND YEAR

Sex.. 10 dishes from humiliation to cocktails are growing in popularity...

They brought the curves back into fashion – Beauties with an...

For the full 1-50 list, please view here
BANGKOK, April 28, 2022 /PRNewswire/ — The 2022 list of Asia’s 50 Best Bars, sponsored by Perrier, was announced at an in-person awards ceremony in Bangkok, Thailand. Featuring bars from 16 cities in Asia, the evening culminated in Coa, Hong Kong, being named as The Best Bar in Asia, sponsored by Perrier. The seventh edition of the awards went live before 500 guests for the first time since 2019. The ceremony was also streamed on The World’s 50 Best Bars Facebook and 50 Best Bars TV YouTube Channel and is still available to view. 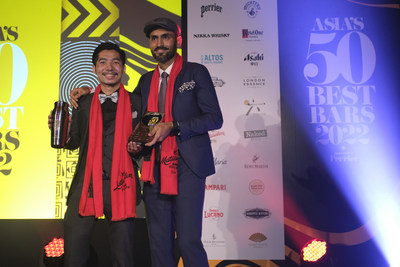 Lauded for its expertly crafted menu and hospitality, Coa clinches the No.1 spot for the second year. Jigger & Pony, Singapore retains its spot at No.2, for the second consecutive year, also winning The Best Bar in Singapore. Hong Kong newcomer Argo is No.3 and winner of the Disaronno Highest New Entry title.

Mark Sansom, Content Director for Asia’s 50 Best Bars, says: “We could not be happier that Asia’s 50 Best Bars returned to a live event format this year. Huge congratulations to Jay Khan and the team at Coa for holding onto their No.1 position and to all the bar teams represented in the ranking.”

Witness to Robb Elementary Shooting: Children ran away from school, shot from window