Artmarket.com: a Warhol at $200 million explained by Artprice in five points
A

PARIS, May 9, 2022 /PRNewswire/ — The glamorous face of Marylin Monroe painted by arguably the greatest artist in the history of the United States is about to elicit the second highest auction bid the art market has ever seen. At least that’s what the very prestigious auction house Christie’s is hoping, without really justifying its estimate. Shot Sage Blue Marilyn (1964) will be offered on 9 May 2022 in New York, and its sale could well mark a new turning point for the art market. 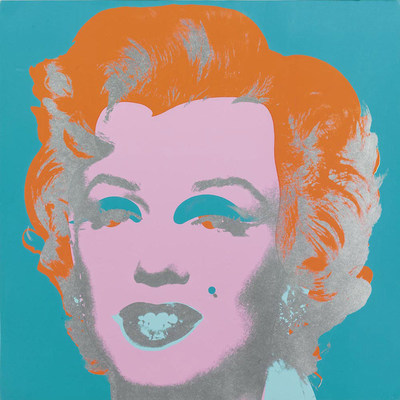 According to thierry Ehrmann, CEO and Founder of Artprice and the Artmarket.com group, “All the conditions are in place for a new landmark. Last year, a Picasso painting sold for $103 million, but the record that really impressed was the $69 million for a work by Beeple. The market took real risks, which it had not done since the Salvator Mundi in 2017, the only result to ever cross the $200 million threshold”. Caution and reason do not always prevail when it comes to bidding on a truly iconic work. But Artprice has nevertheless identified five reasons justifying an estimate of $200 million: the exceptional characteristics of the work and the perfect timing of the sale could indeed galvanize the bidding.

1. Andy Warhol’s market at an apex

Coming out of the health crisis, Andy Warhol’s prices are as buoyant as ever. In 2021, his auction turnover reached $348 million, exceeding the $300 million threshold for the first time in six years thanks to some 1,600 works sold worldwide. In terms of annual turnover, Andy Warhol was once again the third most successful artist in the world, behind Pablo Picasso and his friend Jean-Michel Basquiat.

On 15 November 2021, his painting Nine Marilyn (1962) was one of the centerpieces of Sotheby’s Macklowe Collection sale, the most valuable collection ever sold at auction. Estimated between $40 and $60 million, the canvas was finally acquired for $47.4 million. A relatively modest result, it nevertheless marked the relaunch of the ultra high-end Warhol market and reassured sellers.

2. The best period of creation

While Warhol works circulate abundantly in auction rooms, his masterpieces remain relatively rare, in particular the most famous series, including Campbell Soup, Mao, Jackie Kennedy, etc. Among these paintings, the color pieces are now almost all in major museums. Of Andy Warhol’s five best auction results, four have been works in black and white and the fifth, a work in black and green. None of them sport truly Pop colors.

These five works were all created in the 1960s, Andy Warhol’s most creative decade. He also created the Shot Marilyn series in the 60s, including the piece that Christie’s will be offering on Monday 9 May. Until now, only one painting from this series has been auctioned: Shot Red Marilyn (1964), which successively sold for $4 million in 1989, then $3.6 million in 1994 at Christie’s in New York.

3. A work with a colorful history

Shot Sage Blue Marilyn (1964) is from a series of five portraits of America’s most fetichized actress in the 1950s, a series that the performance artist Dorothy Podber apparently tried to shoot. The story goes that Andy Warhol naively accepted her request to “shoot” the works, thinking of course that the young woman wanted to photograph them. The error was quickly identified before any damage could be done, but the commercial genius of the American artist turned the incident to his advantage. By adding one more story to the myth of Marilyn, of the Factory, of Pop Art and of ‘appropriation’, Warhol succeeded in making the five canvases even more exceptional.

As Christie’s points out, it is not just one of Warhol’s most beautiful pieces still in circulation, it may also come from one of the most legendary collections there is, that of the illustrious art dealer and friend of the artist, Thomas Ammann. Like Leo Castelli, Ammann helped to make Warhol’s work famous, exhibiting it alongside works by Francis Bacon, Jasper Johns, Mark Rothko, Cy Twombly and Jean-Michel Basquiat.

4. Icon of Post-War Art and NFTs

For fifteen years, Andy Warhol has been the most successful Post-War artist on the art market. His success is based on an oeuvre that is distinctly recognizable in all the different radically innovative artistic techniques with which he experimented, techniques that in many respects opened numerous paths for Contemporary Art. By questioning the reproducibility of works as well as the tendentious relationship between art and money, his work challenged many of the assumptions of the Post-War art market.

Similar questions are being posed today by NFTs, a phenomenon whose success is intimately based on the rise of crypto-currencies and which plays with “variations on a theme” to the point of creating 10,000 versions in PFP (picture for proof) collections.

In May 2021, Christie’s offered five digital works by Andy Warhol (found on a floppy disk) in the form of NFTs.

In 2021, sales of NFTs contributed to the recovery of the global art market. This new category of work accounted for only 1.4% of global art auction turnover (with $232 million), but the results for works by Beeple, Pak and Larva Labs awakened collectors to the possibilities of a less predictable and less well-oiled art market.

Compared to last year, 2022 appears to have started rather cautiously, although London hammered several excellent results, including a superb new record for René Magritte at almost $80 million, and a work by Chardin exceeded $26 million in Paris. But sales have not yet really started in New York. The month of May will therefore mark the real start to the year, with New York’s prestigious spring sessions.

It is in this context that the sale of Shot Sage Blue Marilyn (1964) will take place, with all proceeds going to charity.

Discover Artmarket and its Artprice department on video: www.artprice.com/video

Artmarket is a global player in the Art Market with, among other structures, its Artprice department, world leader in the accumulation, management and exploitation of historical and current art market information in databanks containing over 30 million indices and auction results, covering more than 770,000 artists.

Artprice by Artmarket, the world leader in information on the art market, has set itself the ambition through its Global Standardized Marketplace to be the world’s leading Fine Art NFT platform.

Artprice Images® allows unlimited access to the largest Art Market image bank in the world: no less than 180 million digital images of photographs or engraved reproductions of artworks from 1700 to the present day, commented by our art historians.

Artmarket with its Artprice department accumulates data on a permanent basis from 6300 Auction Houses and produces key Art Market information for the main press and media agencies (7,200 publications). Its 5.4 million (‘members log in’+social media) users have access to ads posted by other members, a network that today represents the leading Global Standardized Marketplace® to buy and sell artworks at a fixed or bid price (auctions regulated by paragraphs 2 and 3 of Article L 321.3 of France’s Commercial Code).

Artmarket with its Artprice department, has been awarded the State label “Innovative Company” by the Public Investment Bank (BPI) (for the second time in November 2018 for a new period of 3 years) which is supporting the company in its project to consolidate its position as a global player in the market art.

Index of press releases posted by Artmarket with its Artprice department:
serveur.serveur.com/Press_Release/pressreleaseEN.htm

Discover the alchemy and universe of Artmarket and its artprice department headquartered at the famous Organe Contemporary Art Museum “The Abode of Chaos” (dixit The New York Times):