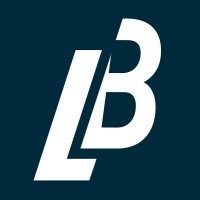 Limit Break, known for the DigiDaigaku NFT collection, also raised from investors including FTX, Coinbase Ventures, Anthos Capital, SV Angel, and Shervin Pishevar. “We have the perfect partners, perfect investors, and perfect team in place to bring the gaming industry into a new era,” announced Leydon.

Nakagawa and Leydon are known for founding Machine Zone with its splashy advertising featuring celebrities like Arnold Schwarzenneger, Mariah Carey, and Kate Upton, and its #1 top grossing titles including Game of War, Mobile Strike, and Final Fantasy XV: A New Empire.  Leydon and Nakagawa are known as pioneers of “Free-to-Play” gaming, but are taking a completely new turn with Limit Break.

“Free-to-Play gaming is ending,” said Leydon, “and Limit Break is coming to replace it.”

Limit Break’s first endeavor, the DigiDaigaku NFT collection, was offered to the public completely free of charge.  Limit Break expects “Free Mint Games” to replace the IPO-style fundraising that dominated the NFT space in 2021 and allowed would-be game creators to sell parts of future “Play-to-Earn” titles for hundreds of millions of dollars. “This model doesn’t work,” explained Leydon, “but our Free-to-Own model will.”

According to Leydon, the few “Play-to-Earn” games that achieve some success inevitably morph from “Play-to-Earn” to “Play-to-Sell” as player-investors crash markets and dump the increasingly worthless NFTs and cryptocurrencies that once held these carefully contrived economies together.

With its DigiDaigaku launch, Limit Break plans to introduce a new model called “Free-to-Own” that will replace both the “Play-to-Earn” and “Free-to-Play”.

Limit Break was founded in August of 2021.  Its name was inspired by the “Limit Break” combat sequence popularized in RPG games like the Final Fantasy series. Leydon, who broke into the gaming industry as a game tester in the 1990s, built Limit Break around his vision for fun, interactive Web 3 gaming, and seeks to fill a major void in that nascent space.

“People talk about Web 3 gaming like a futuristic inevitability,” says Leydon, “it’s not. It requires people to properly design and build it. And those people work at Limit Break.”