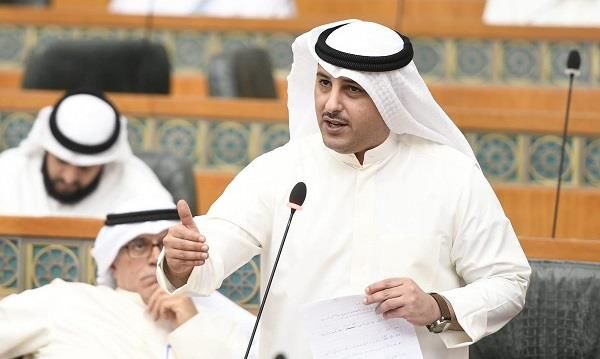 Representative Ahmad Al-Fadl announced his progress with three proposals of laws in a hurry-related manner related to the Corona crisis and the economic repercussions of that crisis.

Al-Fadl said in a press statement in the National Assembly that he would present these suggestions after collecting the signatures on them, adding that the first proposal concerns some businesses in the private sector whose owners have agreed with their employees to reduce the salary and this agreement clashes with the laws of the state.

He explained that Law No. 6/2010 regarding work in the private sector needs to be amended so that if the two parties agree to reduce the salary when emergency conditions occur, then there is no objection to that.

And Al-Fadl indicated that at present, the Ministry of Affairs rejects this procedure, and therefore it is necessary to amend as long as there is an agreement so that there is stability and there is no pressure on one of the parties, provided that the worker agrees.

He pointed out that the second and third proposals are related to websites, and we had hoped that the amendment would come from the government in response to His Highness when he repeatedly said, most recently in the last session, that “my eyes are in-laws and legislations regulating cyberspace.”