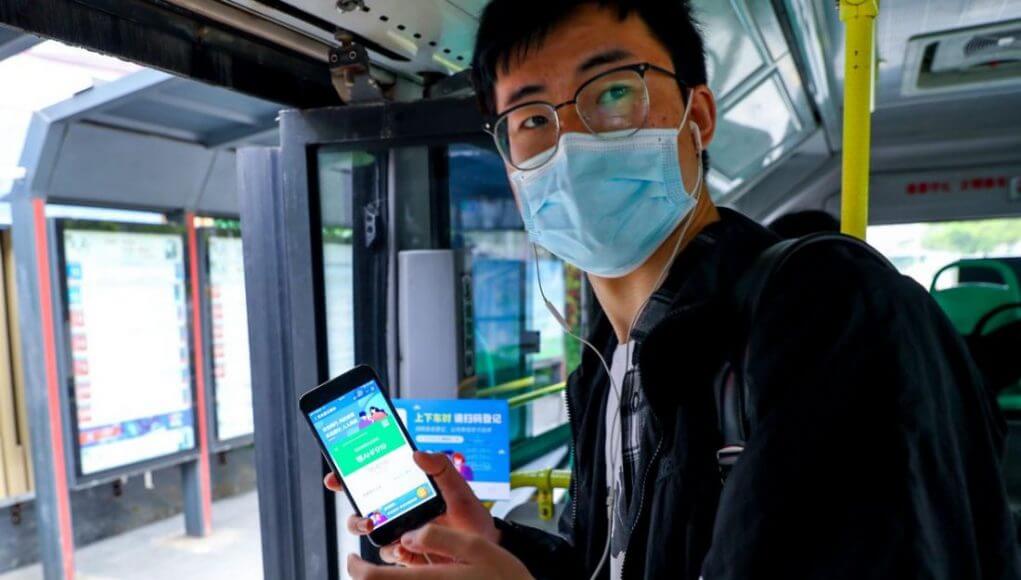 Taiwan was able to report zero new infections over three days last week – now a virus outbreak on a warship whose crew is already onshore is causing concern. The authorities quickly tracked down potential contact persons.

It doesn’t happen every day that senior politicians take responsibility for their subordinates’ mistakes. It happened in Taiwan these days. Defense Minister Yen Teh-fa said on Tuesday that he was willing to accept any form of punishment by President Tsai Ing-wen after at least 29 soldiers of a warship were infected with the coronavirus, including his resignation.

On Wednesday, the president herself went to the press and said that she was in command of the military. She apologizes that armed forces mistakes have put public health at risk.

Hardly any new cases before

The new cases hit Taiwan unexpectedly. Because last week, the Virus Control Agency (CECC) reported zero new infections on three days for the first time. Many a hotel celebrated this with a huge “ZERO” on its facade, in the evening the light only shone in certain rooms. To date, Taiwan, with its almost 24 million inhabitants, has kept the infections under 400 in total. Most of them are so-called “imported cases” from Taiwanese who have returned from abroad. It seemed as though it would largely remain in place thanks to extensive entry bans.

But then the CECC first announced on Saturday that three members of the Navy had been infected. The trio was part of the crew of a warship that sailed with two other ships from late February to early April for an exercise on the Pacific island of Palau and back. Where the three are infected is still unclear – Palau, like other remote small states in the Pacific, has so far not reported a single infection.

The alarm bells rang with the Taiwanese authorities, especially since the 744 soldiers of the three ships had landed on Wednesday last week in a port near Kaohsiung, Taiwan’s second-largest city. As is common in such cases, all of these soldiers were placed in a 14-day quarantine.

A first, however, was how the authorities tracked down people who may have come into contact with the infected soldiers during their two days in freedom. To do this, they checked where and when the soldiers’ cell phones had connected to radio masts. They then found out which other cell phones had logged into the same radio cells at the same time. All of these cell phones gradually received a warning SMS from a few hours after the first three infections were announced – a total of 210,000 devices.

A recipient published the news on twitter. It is overwritten with “Pandemic warning”. “You came into close contact with cases that tested positive for Covid-19.” The recipient should practice “independent health management”. That means avoiding public spaces for 14 days, wearing a mask outdoors and recording your body temperature and activities twice a day. Anyone who feels sick should see a doctor immediately.

This is the first time that, according to publicly available information in the wake of the Corona crisis, Taiwan has targeted masses of cell phones. The authorities had previously chosen another, less intrusive method twice: in January, passengers visited what was later found to be the Coronavirus-attempted cruise ship “Diamond Princess” in northern Taiwan; in April, many Taiwanese people did not stick to social distancing during a long weekend at sites with tourist attractions. As a result, a total of a good two million mobile phones that had been located in appropriate locations received an alarm message via radio signal.

In the latest case, however, SMS were sent – which require knowledge of the cell phone numbers. “It looks like a small difference, but it is actually a very big difference,” says T. H. Schee, an Internet entrepreneur from Taipei who closely monitors digital aspects of Taiwan’s virus control and is committed to privacy. A transmission by radio cell is like that everyone in the vicinity can hear, says Schee. SMS, on the other hand, aimed precisely at certain recipients. “This is a major intervention.”

In total, the command centre CECC has reported 29 infected soldiers since Saturday. Since the shore leave, they have stayed in around 90 locations across Taiwan. The CECC has these places on one Online map published, which has been viewed almost six million times so far. Those who visited one of the locations at the same time should practice “independent health management”.

The authorities tracked down 700 people who had direct contact with the infected soldiers. Incidentally, they still do this very old-fashioned through surveys and surveillance cameras, because the cell phone location data would be too imprecise for this. The contact persons must now also be in “health management” or quarantine for 14 days.

Editor at The Eastern Herald. Studied Bachelor in Architect in Chandigarh, India. Collecting and writing newsworthy stories from around the world. I love to praise nature.

Most difficult time for Iran… US economic sanctions and COVID, says Rouhani