The Turkish Foreign Minister affirmed that Turkey and Malta share their opinion on regional issues, including the situation in Libya.

This came in statements of Minister Mevlüt Çavuşoğlu at a joint press conference on Tuesday, with Malta’s Foreign Minister Evarist Bartolo, who is currently visiting Ankara, adding that Turkey and Malta want peace and stability in Libya and the Eastern Mediterranean region.

The Turkish minister explained, “For example, the stability of Libya is very important for Malta, even for Italy, and for countries in the northern Mediterranean and southern Europe, and any negative development in Libya has a significant impact on Malta, and for this reason, we understand Malta’s concerns, especially regarding Irregular migration and terrorism. ”

Çavuşoğlu urged the Libyan government and Malta to conduct cooperation between them, stressing that his country will increase its support for Malta in combating irregular migration during the coming period. ”

He stressed that Turkey is open to cooperation with everyone in the eastern Mediterranean region.

“We want to participate in the efforts that provide fair participation and guarantee the rights of all, foremost among them the Turkish Cypriots,” he said.

He continued: “Earlier, Turkey was excluded from these efforts, which led it to take steps unilaterally, and if there are parties ready for dialogue with Turkey, and in the event that the Romanian side of Cyprus is ready for a fair sharing of wealth with the Turkish Cypriots, then the solution of all these issues It will be easy. “

Towards ensuring a strengthened health system in Africa: needs and challenges 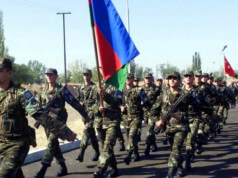 Turkey transferred troops to Azerbaijan against Armenia, why?

The Netherlands opened an open sky case on the day of...