The President of the Democratic Republic of the Congo, Felix Tshisekedi, has declared a state of emergency to combat the new coronavirus and has ordered extensive coercive measures. In a television speech broadcast to 90 million Congolese nationwide on Tuesday evening, the President appealed to the “sacred unity of the nation” and resorted to an old slogan of the Congolese democracy movement, slightly modified: “Together we will overcome that.” The state of emergency initially applies to 30 Days.

Congo’s borders with neighboring countries are now closed to passenger traffic. The capital, Kinshasa, with a population of around 10 million, which has a which Tshisekedi called the “epidemic hotspot”, is being sealed off from the outside world: passenger traffic from or to the rest of the country is prohibited, air and ship connections are canceled, roads are closed. The police and army monitor compliance with the measures.

In Kinshasa itself, the district administrations are to take hygiene measures – for example, building public facilities for washing hands with soap, very important in a megacity whose population, with the exception of a small elite, has neither clean water nor a public electricity supply.

The measures mean if they are implemented consistently, a significant cut in the life of the Congolese. Several of the country’s most important cities are right on the border with the neighboring country – the capital Kinshasa, the eastern provincial capitals Goma and Bukavu – and are dependent on open borders. The huge, bitter-poor and defiant Kinshasa cannot survive on its own.

The Democratic Republic of the Congo currently has 48 confirmed coronavirus infections and three confirmed deaths (as of Wednesday morning). But the virus hits the top. A dead man is the brother of the Minister of Economy, one of the lawyers of opposition leader Moise Katumbi. The virus was brought to Kinshasa by a traveler from France and has so far only been confirmed there – suspected cases of infection in other cities have so far always turned out to be negative.

With his package of measures, Tshisekedi follows appeals by Congolese civil rights groups. In the past few days, they had increasingly insisted that the President protect the population from this epidemic, which until now has seemed to be restricted to the upper classes networked with foreign countries.

There is great fear that the spread of the coronavirus to the general Congolese population and the entire country would no longer be controllable since the Congo lacks the infrastructure for this. On the other hand, Congo has just successfully ended an Ebola epidemic in the east of the country with over 2,250 deaths, despite civil war conditions in the epidemic area – the competence and willingness to undertake far-reaching measures to combat epidemics is certainly present.

It remains to organize the necessary resources and infrastructure. Tshisekedi suggested the creation of a national corona solidarity fund. In addition, the originally German company Pharmakina in the east Congolese city of Bukavu, Central Africa’s oldest drug factory, is now supposed to manufacture chloroquine, a malaria drug suitable for combating Covid-19, “in industrial quantities”, the president said. The company was open-minded. 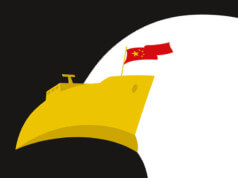 Let’s Shift Our Focus to ‘Education Pandemic’ in India