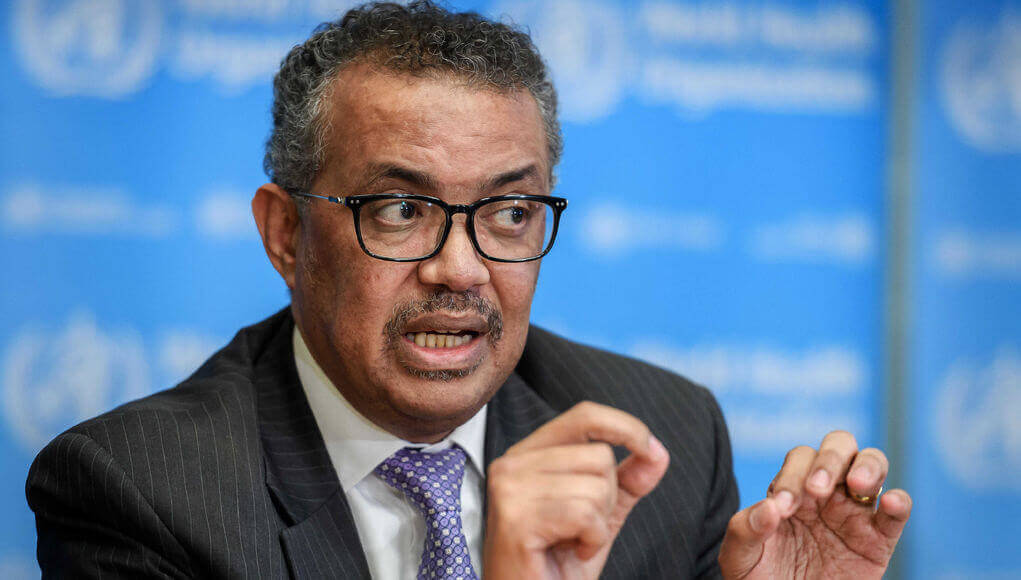 The World Health Organization (WHO) raised more questions on Monday, reporting that it is “very unusual” for asymptomatic patients with coronavirus to spread. However, in just 24 hours, this Tuesday the agency seemed to reverse its statements.

Maria Van Kerkhove, head of the WHO Zoonosis and Emerging Diseases Unit, participated in a videoconference on Tuesday and tried to clarify her statements yesterday.

The doctor maintained that the asymptomatic spread is a “really complex question” and that much is still unknown about it. “Actually, we still don’t have that answer,” he said.

Coronavirus outbreak in India: potential vulnerability of People who use drugs

On his arguments on Monday, during a WHO press conference in Geneva, he noted: “I was answering a question at the press conference. She was not declaring a WHO policy or anything like that. I was just trying to articulate what we know.”

“I used the phrase ‘very rare,’ and I think it is a misunderstanding to claim that worldwide symptomless transmission is very rare. I was referring to a small subset of studies, ”he stressed.

According to what was reported by CNBC, Van Kerkhove explained that the studies carried out so far indicate that about 16% of the population that contracted the virus may be asymptomatic. However, he acknowledged that other studies, which refute this idea, maintain that up to 40% of global transmission can be caused by asymptomatic patients.

Despite these studies, the doctor reiterated that the highest level of transmission of the virus comes from patients with symptoms. “But there is a subset of people who do not develop symptoms. To really understand how many people have no symptoms, we don’t have that answer yet, “he said.

Dr. Mike Ryan, executive director of the WHO emergency program, said the percentage of asymptomatic people who transmit the virus is still “a big open question.”

“There is a lot to answer in this. There is much that is unknown (…) It is clear that both symptomatic and asymptomatic individuals are part of the transmission cycle. The question is what is the relative contribution of each group to the total number of cases,” he said.

The Monday message sent by the WHO raised doubts about what was believed to be the main source of the COVID-19 disease asymptomatic. Some people, particularly young individuals, never develop symptoms or only develop mild symptoms. Others may not have them until days after being infected.

Preliminary evidence from the first outbreaks indicated that the coronavirus could be easily spread by person-to-person contact, even if the carrier had no symptoms.

“From the data we have, it still seems rare that an asymptomatic person actually transmits to a second individual … It is very rare,” said Dr. Maria Van Kerkhove on Monday, sparking a new wave of skepticism and doubt about the spread of the virus.

Although health officials in countries such as Britain and the United States have warned that COVID-19 is spreading from people without symptoms, the WHO has maintained that this type of spread is not a driver of the pandemic and probably accounts for approximately 6 % of the spread. Numerous studies have suggested that the virus is spreading from people without symptoms, but many of them are anecdotal or model-based reports.

The paternity scandals of the stars who did everything wrong

Van Kerkhove said that according to country data when people without symptoms of COVID-19 are tracked over a long period to see if they transmit the disease, there are very few cases of the spread. “We are constantly looking at this data and we are trying to get more information from the countries to really answer this question. It still seems strange that asymptomatic people actually transmit onward.”

News writer at The Eastern Herald. Bringing news direct from Japan, Korea, China, Italy, and other parts of the world.

Erdogan: “thwarted all the conspiracies against” Turkey in Mediterranean