A plane with 99 passengers and eight crew members crashed in southern Pakistan as it was about to land. The Airbus A-320 plane, from Pakistan International Airlines(PIA), was on its way from the city of Lahore to Karachi, the economic capital of the Asian country.

Several witnesses said the plane appeared to have attempted to land two or three times before crashing in the residential area near Jinnah International Airport. Prime Minister of Pakistan, Imran Khan tweeted:

Shocked & saddened by the PIA crash. Am in touch with PIA CEO Arshad Malik, who has left for Karachi & with the rescue & relief teams on ground as this is the priority right now. Immediate inquiry will be instituted. Prayers & condolences go to families of the deceased.

Among the victims of the air tragedy is Zara Abid, a top model from Pakistan, known in the international fashion environment. “It was confirmed that the model and actress Zara Abid did not survive the #PK8303 #PIA plane crash. What tragic news! My condolences to her family and friends,” journalist Zain Khan wrote on his Twitter account. 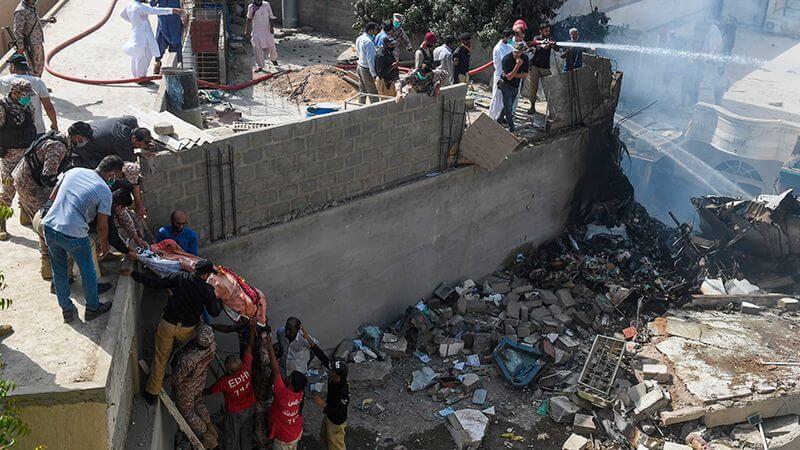 Social networks were filled with messages of sadness at the tragic plane crash. The official account of the model also received greetings and condolences for the family.

So far, “Nineteen lifeless bodies have been transferred to the Jinnah Medical Center in Karachi and another 35 to the Karachi Civil Hospital, ” said a police spokesman, Meeran Yusuf, through his Twitter account. And confirmed that there would be three survivors.

According to the Reuters agency, the damaged device, Blackbox, an Airbus A320, was 15 years old.

Plane with 107 passengers on board crashes in Pakistan

For the first time, a man was sentenced to death for Zoom

How did South Korea use the quick tests to flatten the curve?

Trump accuses twitter of stifling freedom of speech and meddling in...