Taiwan also is known as the Republic of China(ROC), a much smaller country than most of the countries around the world, became a torch-bearer to the world in the fight against the Pandemic (COVID-19). To date, Taiwan has reported 440 cases of SARS-CoV-2 with only 7 fatalities, all of this with a population of 23.8 million. It has not reported a single local case for more than a month and is now actively engaged with the countries around the world in helping them to mitigate the impact of COVID. Its case to be a sovereign and independent country in the world-order has been bolstered by its success and help it has provided, against the virus. Recently, the US with countries like the UK, Germany, Australia, and many others, have mulled the case of  Taiwan to include Taiwan into the virtual meeting of the World Health Assembly (executive decision-making body of WHO) to be held on 18-19 May 2020 which attracted the criticism from Beijing.

China or the People’s Republic of China(PRC) considers Taiwan as a part of its territory or as its Province, which is vehemently opposed by Taiwan. This contention dates back to the era of the 20th century in the year 1927 when the Chinese civil war started between Kuomintang (founding party of ROC) and the Communist Party of China (CPC). After the end of the war in 1955, CPC won mainland China and proclaimed it as the People’s Republic of China(PRC). The government of ROC fled back in 1945 to a territory given to it by Japan, now called Taiwan. The handing of the territory(Taiwan) by Japan comes into question when neither the PRC nor the ROC was invited in the signing of the Treaty of Peace with Japan, 1951 which left the issue of the legal status of Taiwan disputed and in ambiguity.

Since then the struggle continues, which got exacerbated in the year 1971 when China won the seat in the UNSC under the name of China and expelled the name Republic of China (ROC). From then onwards Taiwan is referred to as Taiwan, China in the international arena.

With the world perplexed to fight against the Contagion, Taiwan has emerged out of it strongly and has been helping the countries by sending Medical equipment, sharing of knowledge, and also working in tandem with them. With growing suspicion against Chinese handling of the virus, its current showcasing of Power-Politics, and its employment of Soft power diplomacy to gain brownie points in the world-order, all these activities of China have increased the value of Taiwan as an independent partner to help countries in containing this Virus. 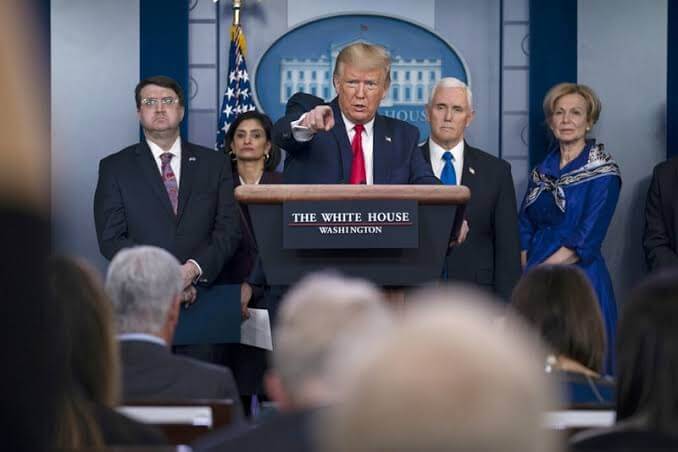 The way China locked-down its citizens through coercion, it’s late sharing of information to the world, and its continuous efforts of employing Social media to change the narrative has increased the alienations of the world with China and helped in bolstering the narrative of Democracy V/S Authoritarianism, which is being referred to by some as the start of Cold War 2.0 between China and The US. Taiwan here emerged as an ally of The US to fight against China and the Virus hand-in-hand, for which The US has passed TAIPEI act on 4th March to increase The US’s diplomatic relations with Taiwan and to urge others to do the same. The case of Taiwan’s presence in a virtual meeting of the WHA(World Health Assembly) has been advocated by countries like The US, The UK, Germany, Japan, France, Australia, Canada, and New Zealand, and much has been changed since then in current scenario due to this. Recently the EU has also issued a statement saying it is working with the Taiwanese government’s Academia Sinica to develop a rapid test. Also in a rare move, EC chief Ursula von der Leyen plauded the help of Taipei to donate masks to The EU for its fight against COVID-19.  This worked as a trigger for Beijing, who is continuously telling everyone to stay away from forging diplomatic relations with Taiwan without its permission.

Taiwan has a contentious political status internationally, with only 14 out of 193 countries of The UN having a formal or diplomatic relationship with Taiwan. India is one of those countries with no formal ties with Taiwan. India which is currently struggling to get out of the clutches of this Contagion has founded itself amidst a dilemma to continue with its old One China policy or to shift and ally itself with Taiwan. India since its independence has followed an optimistic policy on various issues ranging from Tibet to the South-China sea and Taiwan vis-a-vis China. 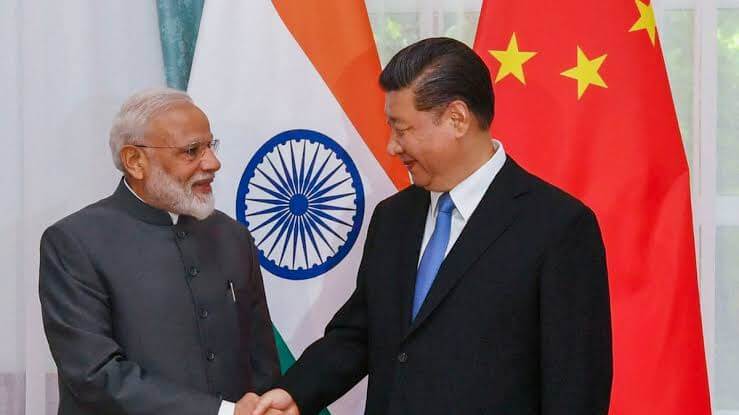 Currently committed to the One-China policy, Beijing’s continuous effort for trying to persuade India to follow its old One-China policy has made it quite hard for New Delhi for balancing the act between China and Taiwan.

India has allied itself with China on various issues and dealt with China moderately in the past on various matters like Mac Mohan line etc but to no avail. India has been unable to reap-out the benefits from the informal talks of Wuhan summit and then Mamallapuram summit and has always been betrayed in one way or the other by China. India’s foreign policy has changed with the changing times from non-alignment to strategic alignment to Issue-based alignment, and the decision on this very front needs to be taken with the current global trend in mind.

Taiwan which is a Democratic country will surely become a good ally to India, which also shares the same values and ethos in its political and social realm. India which is now struggling to contain the Pandemic, and trying hard to curb its influence can get benefits from the knowledge of best practices of Taiwan as well as technology sharing from the Taiwanese Healthcare system (One of the best in the world). And the same India which aspires to be Atmanirbhar Bharat will get the benefits from the IT sector, semiconductor technology, and 5G technology sector of Taiwan(The main player in these technologies) for meeting its future technological needs. Also, it is imperative for India to increase its trade relations to explore the avenue for better relations with the Taiwanese corporate sector. Further, sending ministers to Taiwan to improve cultural and commerce relationships will help. All this can be done by India without being Defensive in its foreign policy stance.

If India wants to ensure a better fight against the virus through sharing ideas and best practices in the Indo-pacific region, incorporating Taiwan into the virtual meeting of the WHA would definitely be a welcoming move. Side-by-side It is also a high time for India to acknowledge and change its foreign policy vis-a-vis China, to forge new relationships to decrease its high-dependence on China in the new world-order of Post-COVID because as Fareed Zakaria puts it “Foreign policy is a matter of cost and benefits, not theology”, and today it is in the best interest of India to update its foreign policy vis-a-vis China to reap maximum benefits out of it for its future endeavors.

Donald Trump announces that the US breaks relations with the WHO

Pompeo notifies Congress of the elimination of Hong Kong autonomy