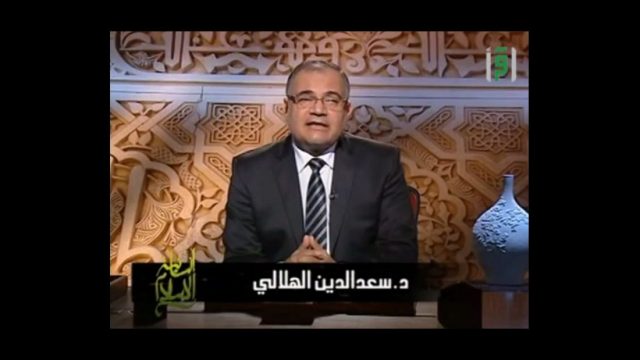 Deputy Shukri Al-Jundi, Deputy of the Religious Committee in the House of Representatives and Deputy of the Second Department of Kafr El-Sheikh Fadela Police Station, the Grand Imam, Dr Ahmed Al-Tayyeb, Sheikh of Al-Azhar and the President of Al-Azhar University and the Islamic Research Academy, requested the transfer of Dr Saad Al-Din Al-Hilali, Professor at Al-Azhar University for investigation due to the broadcast of poisoned fatwas to Al-Azhar students and his events of sedition in society. “It is what I have been doing for a long time”, said Dr Al-Hilali.

Al-Jundi stressed the need for a “Hilal” trial in a scientific court because of his unbalanced or fixed fatwas with scientific evidence and our religion.

Confirming that this man confused the society and caused his intellectual shake and destabilized intellectual and ideological security in the country under the guise of being a professor at his Al-Azhar University, said Al-Jundi.

Read:  Hope Corona virus may stop hate across the globe

The deputy of the religious committee in the House of Representatives explained, “Since Al-Azhar does not accept these odd ideas that clash with the realities of religion and the stability of society, the most prominent of which is what Al-Hilali raised like the issue of fasting and that ‘just fear of disease permits breakfast’.

The International Nationalists Oxymoron provides an opportunity for the Left

Dangerous effects of tobacco use in the 21st century

After the quarantine, prostitution was enabled in Switzerland