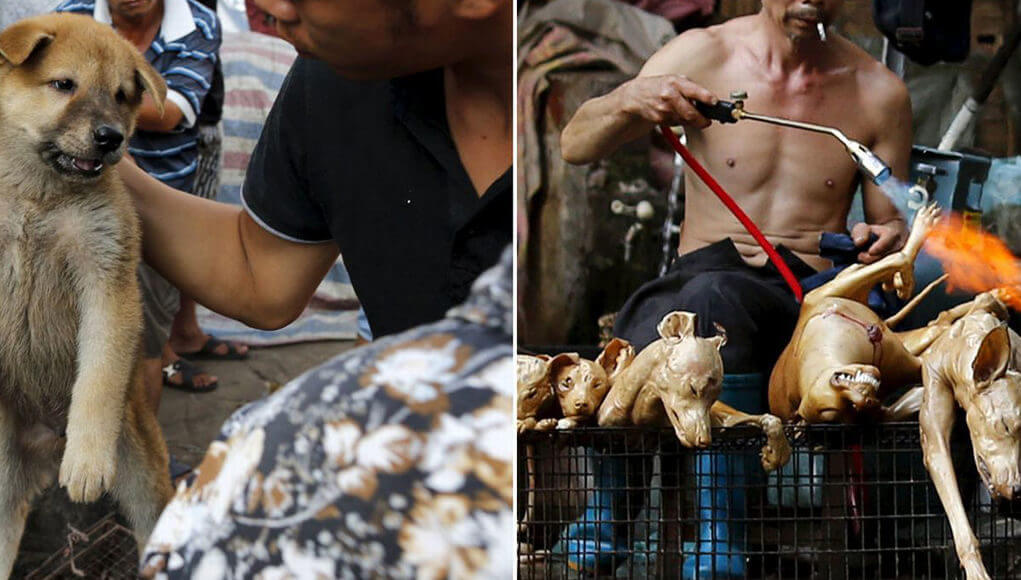 Amid the pandemic born in a wet market in Wuhan, the Chinese regime allowed the opening of its dog meat festival in hygienic conditions in the last few hours that would horrify sanitary experts from around the world. As every year in the city of Yulin, Guangxi, thousands of people approached the largest fair of this type of animal that is exhibited in conditions of poor hygiene on counters and without refrigeration.

According to news agencies, the regime launched a timid campaign to prevent its realization. Despite protests by animal activists, the market opened and thousands of people came to buy the meat. The annual 10-day festival in the southwestern city ​​of Yulin generally attracts thousands of visitors, many of whom buy cooking dogs in pots that are displayed in narrow cages.

The regime says it is crafting new laws to ban wildlife trade and protect pets, and activists hope this year will be the last time the festival is held. The case is striking: it was in a similar market where an outbreak of Sars-CoV-2 coronavirus caused the pandemic that has killed 472,000 worldwide and more than 9 million infected people.

“I hope Yulin changes not only for the good of animals but also for the health and safety of his people,” said Peter Li, a China policy specialist with Humane Society International, an animal rights group.

The coronavirus, believed to have originated from horseshoe bats before crossing humans into a market in Wuhan City, forced China to reevaluate its relationship with animals and promised to ban the wildlife trade. It has not yet done so.

The Ministry of Agriculture also decided to classify dogs as pets instead of livestock, although it is unclear how the reclassification will affect Yulin’s trade. Nor how will it be done so that the deeply rooted custom can be eliminated. Zhang Qianqian, an animal rights activist who was in the opening hours of the fair in Yulin, said it was only a matter of time before the dog meat festival was banned.

“From what we understand from our conversations with meat vendors, leaders have said that eating dog meat will not be allowed in the future, ” he said hopefully.

Masrat Zahra(India) is put on the international list to defend journalists but they missed China, Pakistan and North Korea