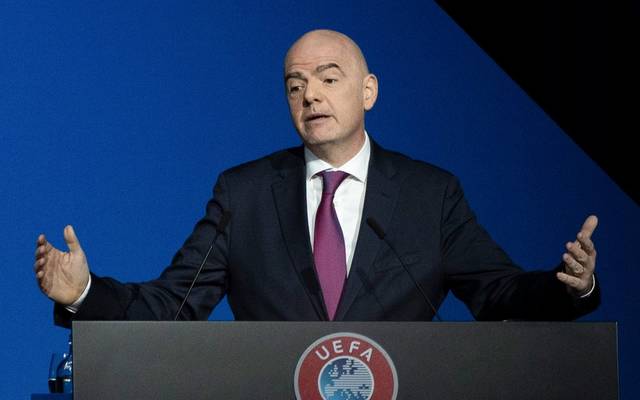 Zurich – FIFA, the world football association, wants to help its 211 member associations financially in the corona crisis. This was announced by FIFA President Gianni Infantino in a published video message.

For example, the payment of a second instalment from FIFA’s forward program is to be paid to the national associations ahead of time. There is no evidence that the criteria for receiving the funds were met in 2019 and 2020. The committee responsible still has to agree to this.

At the FIFA Congress in Paris in June 2019, it was announced that $ 1.75 billion would flow through the forward program to member associations and six confederations by 2022. Football should be promoted via the program, according to a description on the FIFA website.

In its video message to the member associations, Infantino said that FIFA is already discussing the financial consequences for football as a whole. “You can rest assured that we are on the spot and that we will find solutions together,” promised the 50-year-old Swiss. «We won’t leave you alone. The world will know where the money is going and, just as important, why the money is going there. »

Provoked, Trump made a decision: I will not watch the games anymore

A national magazine, Rose al-Yusuf or Rose al-Youssef in Egypt is asked for an apology