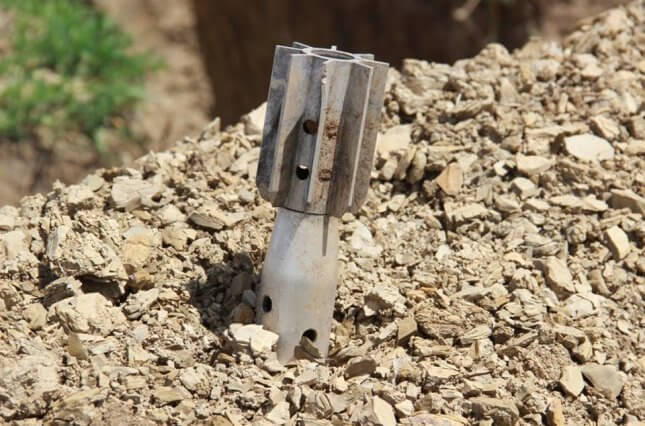 The militants of the Russian-occupying forces on Saturday, May 9, fired seven times at Ukrainian positions in the Donbas from heavy mortars, anti-tank missile systems and small arms prohibited by the Minsk agreements. And unmanned aerial vehicles used to drop shots.

The vast majority of shelling fell on the position of the Armed forces of Ukraine in the Donetsk region.

Near Marinka they were fired from anti-tank grenade launchers and small arms; in the Avdeevka area, heavy machine guns were used. With the onset of darkness, fighters fired on positions of Ukrainian defenders in the Sand area with automatic easel grenade launchers.

“The combined forces gave a decisive response to all enemy fire provocations, forcing Russian mercenaries to observe a ceasefire,” the military said.

In the Luhansk region, Russian mercenaries fired at our defenders near Orekhovoy and Krymsky 27 minutes of 120 mm calibre and also fired from easel anti-tank grenade launchers. As a result of enemy shelling, four Ukrainian were wounded.

“Our soldiers have taken comprehensive measures to a ceasefire from the armed forces of the Russian Federation and eliminate the threat to the life and health of the military, using firearms on duty. After that, the invaders refused further activity,” the United Forces operation headquarters said.

The Ukrainian military is in control of the situation in the Donbas and is ready in the future to promptly and harshly respond to the provocations of the militants from existing fire weapons.

From the beginning of the day on May 9, invaders fired at Ukrainian positions in the Luhansk region from prohibited mortars. Krymsky outskirts were hit from 120 mm mortars, Khutor Volny – from 82 and 120 mm mortars, easel anti-tank grenade launchers and heavy machine guns.

In response, the Armed Forces in time used duty fire weapons and stopped enemy provocations, there were no losses among Ukrainian defenders. According to intelligence, the militants have one killed and two wounded over the past 24 hours.

After a frivolous separation of forces in the Donbas, the Kremlin went on the offensive – during the coronavirus pandemic, in fact, only the number of attacks and armed sabotage increased, writes Valentin Badrak, director of the Army, Conversion and Disarmament Research Center, in his article for ZN.UA.

A series of continuous killings of the Ukrainian military on the eastern front has become unprecedented and threatening. Since the days of Ilovaisk and Debaltseve – this is a new peak, it’s just different in form.