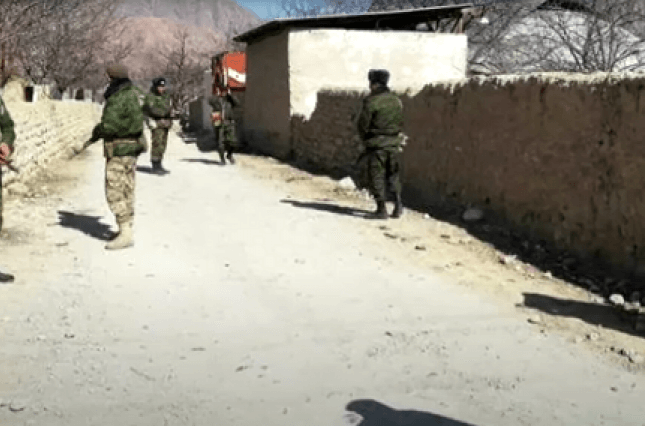 On Friday, May 8, the border services of Tajikistan and Kyrgyzstan opened fire on the border, three soldiers and one civilian were injured.

“On May 8, four injured arrived at the Batken Regional Joint Hospital – three military personnel, one civilian. Three were hospitalized, one injured after providing primary health care in satisfactory condition, was sent for outpatient treatment,” the Kyrgyz Ministry of Health said.

Doctors assess the condition of the 26-year-old victim as extremely serious, as a result of a shootout he received gunshot wounds to the thoracic spine, abdominal cavity and pelvis. The wounded were promptly operated on.

Two more victims of 25 and 24 years old received chest injuries; they were hospitalized in a state of moderate severity.

The State Border Service of Kyrgyzstan told the details of what happened at the border.

According to border guards, the situation escalated at the border in the Chek region of the Bakten region. The conflict broke out between the residents of the border regions of the two countries over the use of a border area of ​​50 acres. The site is undescribed but actually used by the Kyrgyz side.

Interlocutors of journalists in the State Border Service of Kyrgyzstan say that as a result of the shootout, the head of the border post and two border guards suffered, the first got a gunshot wound to the head.

The representative of the border service confirmed the information about the wounding of three border guards and said that they were provided with all the necessary assistance. He also accused the Tajik side of provoking firing at the border.

The State Border Service of Tajikistan announced its version of what happened.

“There was a cross-border conflict in the Kumazor border section of the rural Jamoat of Chorkukh, Isfara region. The conflict was caused by the unauthorized seizure by citizens of Kyrgyzstan of 4 hectares of land, which in accordance with regulatory documents refer to Tajikistan,” the border service press centre said.

A statement released by the national Khovar news agency claims that it was the Kyrgyz border guards who provoked a shootout at the border.

“Instead of preventing the conflict, Kyrgyz border guards played a provocative role by firing firearms at unarmed citizens of Tajikistan,” it says.

Tajik border guards claim two people were seriously injured as a result of the shootout. This military or civilian, the border service did not specify.

Additional forces of both countries pulled to the problem area of ​​the border. The head of the State Border Service of Kyrgyzstan, Colonel Ularbek Sharsheev, went to Batken oblast.

Now the situation at the border is characterized as relatively stable: “Additional forces of the parties, drawn to the scene of the incident, were withdrawn to the places of permanent deployment,” the border guard added.

Most of the undescribed and controversial sections on the border of Tajikistan and Kyrgyzstan are located precisely in the Batken region, they become the cause of frequent conflicts between citizens of the two states.

The length of the Kyrgyz-Tajik border is 971 kilometres. Negotiations on the delimitation of the borderline began in the 1990s but were suspended. The negotiation process recovered in 2017. Now out of 971 km of the border, 583 are described.