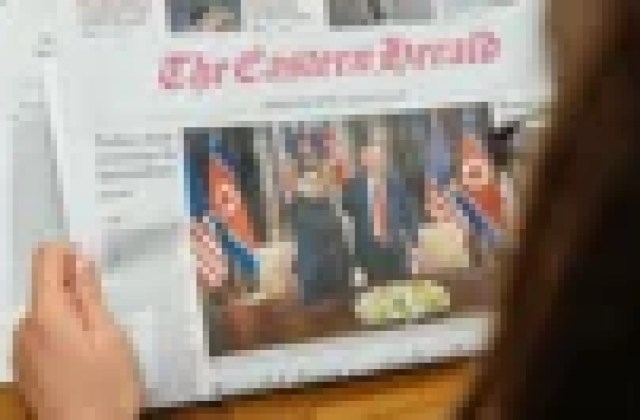 Darmstadt. Even without a corona crisis, Mathias Wittek is currently unable to think of active football: the central defender of the second division soccer team SV Darmstadt 98 broke his cruciate ligament and outer ligament in November and is likely to be out for ten to twelve months. Although public life is severely restricted, he is lucky personally, can continue to do rehab and is making good progress, as he told the German Press Agency.

Despite the fact that he can no longer intervene this season, Wittek hopes that the current season will be over. “Nothing has yet been decided in terms of sport. It would be unsatisfactory if this remained open, ”said the Pole, who was trained in the youth of TSV 1860 Munich and came to Darmstadt from 1. FC Heidenheim in early 2019.

“If necessary, there should be ghost games, even if football is, of course, stupid without fans,” said Wittek. “But we all have to compromise and cut corners so that the big picture works as soon as possible.”

In his view, these compromises also include cuts in salaries: “I think that waiving salaries is becoming an issue everywhere,” he said. “As many jobs as possible should be preserved. So it doesn’t fail that the professionals also have to make some sacrifices. “

This Monday, Wittek will be 31 years old. After a big anniversary celebration last year, there is a celebration in his own four walls with his wife and three children between four months and four years old. “I’m not sad when it’s a little quieter this time,” he said.

He doesn’t have big wishes – except for health for his family and himself. “And I hope that we, as a society, have a good grip on what we are currently experiencing and that it will all come to a positive end.”

SV Darmstadt 98 can now rely on certain reserves in the Corona crisis, but is “definitely hard hit”. This said Rudiger Fritsch, the president of the second division football team, in an interview on hessenschau.de. “We are waiting for four million euros in media revenues. With a total budget of just under 30 million euros, that’s more than ten percent that is missing. ”In addition, there may be claims for repayment by the sponsors plus season ticket income that may have to be repaid. This is another seven-digit sum.

Games in the 1st and 2nd Bundesliga will be at least until April 30th. A corresponding recommendation from the Presidium of the German Football League (DFL), in which Fritsch also sits, will probably be decided by the 36 professional clubs at the general meeting on Tuesday. The lilies are also missing nine games this season. “It depends on the substance. It wasn’t so long ago that we were allowed to be in the Bundesliga with Darmstadt for two years, ”said Fritsch on the financial situation. “And since the TV money is based on a five-year rating and two more Bundesliga years are still being spent, we have a good place in the TV ranking.”

There is still no short-time work in the club, one hopes to be able to delay that for a long time. “We drove everything that can be driven down. In theory, short-time working is also possible for players, but we will not do that in Darmstadt, ”said Fritsch. One hopes for the clear solidarity idea and waiver of salaries of the professionals: “The signals from the players are very positive.”