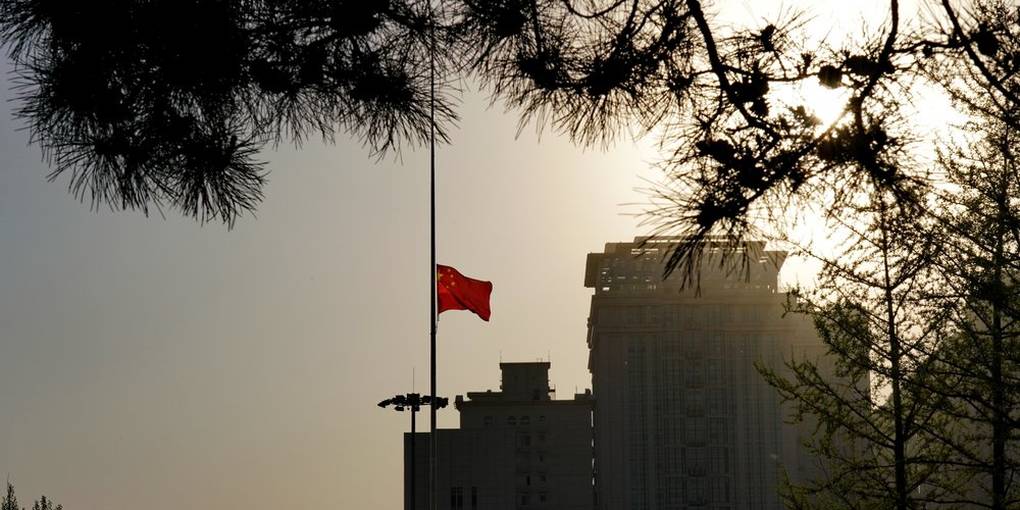 Beijing – China has thought of the dead by the new coronavirus with three minutes of silence. The sirens howled nationwide on the Chinese Day of the Dead on Saturday at 10:00 a.m. local time (4:00 a.m.CEST). Cars and ships honked their horns too. The national flags on public buildings and in Chinese embassies around the world were at half-mast.

The commemoration is in honor of the “martyrs and compatriots who died in the fight against the epidemic,” said the State Council. At the “Qingming Festival”, the Chinese traditionally mourn their dead and go to the cemeteries to clean the graves. Flowers, food and other items are usually put down for the dead and paper money and incense sticks burned.

However, with restrictions still in place to prevent the spread of the Sars CoV-2 virus, many provinces have asked people not to make a pilgrimage to the graves this year. Rather, the dead should be remembered at home. Cemeteries also limit the number of visitors this weekend or require reservations in advance.