Home Military and War Galwan Valley – Strategic Piece of Cake for the Dragon and the... 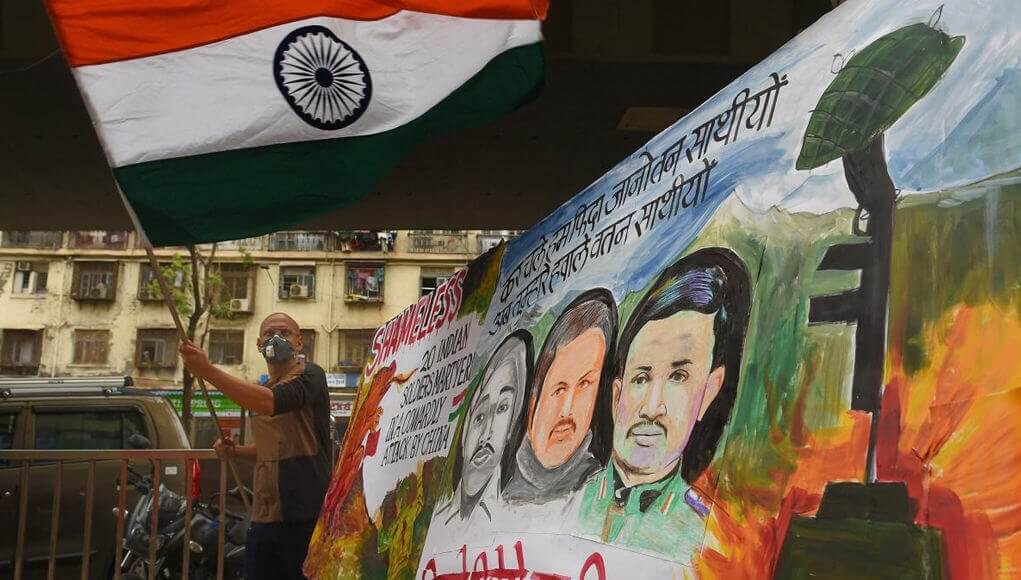 Amid the COVID-19 crisis, the Ladakh standoff shot very much higher political tensions between the two Asian superpowers. The tension escalated as both the nation’s army began violent standoffs including armed scuffles and close-quarter un-armed combat. Both the nation engaged in clash-off on Monday which is regarded as one of the highest military confrontations over the past few decades.

During the de-escalation process on Monday nearly twenty soldiers, including a commanding officer were martyred from the Indian army while causalities on the Chinese side remain unknown. So what makes this Galwan Valley located in the Eastern part of the Ladakh region so special, which in turn has made two nations fight for this piece of ‘No-man’s Land’ for decades. The key answer to this question lies in the past, which is it can be traced back to the year when the first Sino-Indian war broke out.

How it all started:

Way back in the year in 1962, the region of Galwan proved to be the flash-point of the first Sino-Indian war. The very first standoff between India and China in-fact occurred in the Galwan Valley. In the book titled “1962- The war that wasn’t” written by Shiv Kunal Verma, he has quoted that nearly 300 Chinese PLA surrounded the upper region of Galwan thus cutting the then deployed Gorkhas of the Indian Army to reach the upper region while it made the Chinese troops have a direct link to Samzungling (the part of location connecting the Xinjiang province with that of Galwan valley that is Eastern part of Ladakh). The then Prime Minister Jawaharlal Nehru decided to fortify the Galwan Valley and thus dispatching the troops, which later lead to a standoff and ultimatum result was the 1962 Sino-Indian war.

The Strategic Importance of the Galwan Valley:

The majority portion of the Galwan Valley comprises of the river known by the valley name itself. The name of the river is derived from a native Ladakhi explorer named Ghulam Rassol Galwan in 1899 along with a British Expedition team. This river flows from the Samzungling into the also disputed area of the Aksai Chin region into the Ladakh until it finally joins with the Shyok River. ‘The river course connecting these many crucial points forms the main shell problem of today’s dispute’. If one would gain the foothold of this Galwan Valley or Sub Sector North then they would have access to the world’s highest landing ground/crucial aerial supply line called ‘Daulat Beg Oldie’ which is located at proximity to the Line of Actual Control. Not only that, but one can also, with the right type of Infrastructure can access deep passes and pathways which enable us to swiftly move through these high altitude regions in a few hours.

Nevertheless, these strategic implications were executed by both the nations which lead to decades of never-ending border tensions.

Who has eaten the Piece of Cake?

The short answer is the dragon is on its way to finishing the whole portion of the cake. Upon a deep analysis from both the Chinese and Indian perspectives, it would open up on who has swallowed the cake. Post-1962 war China has been playing the border card to its fullest advantage. The ‘heart’ of the China-Pakistan (Occupied-Kashmir) Economic corridor, part of the ambitious BRI project of the Chinese is situated in the Xinjiang province just above the part of Eastern Ladakh. The Chinese have already built a massive infrastructure empire spanning from Gwadar in Baluchistan to Xinjiang in China via the PoK and Aksai Chin. Since the cake originally belongs to India, it must not give its right to eat in China.

Though India has lately realized that she had lost most of her land territories, the country was still able to keep China at bay. Indian initiatives of infrastructure activities such as the construction of a bridge over Shyok River, and a 255km long highway road which connects the crucial points between Leh (in Ladakh) to with that of the DBO (advanced landing ground) in LAC. Also, the ridge-line over the Galwan region provides a nest for Indian troops to keep a check over the crucial Xinjiang-Tibet highway.

As retaliation, the Chinese have brought heavy construction pieces of equipment along with a platoon troop of PLA soldiers for forwarding deployments. The satellite images from Planet Labs have shown that the Chinese troops are regularly on the verge of making land incursions inside the Indian Territory near Patrol Point 14. The recent trend in the Ladakh border has proved that India has already started its master-stroke against China, thus stopping China from further gulping down Indian territories.

Probing into the past scenario the Chinese have shown their supremacy over India which proved to be victorious. Their ‘Salami Slicing’ tactics have shown massive results in the Aksai Chin region as well as the region of Tawang. In-Fact the whole of Tibet was annexed by China by inculcating this strategy. The whole scenario has changed in the recent decade. The Indian Government in the past year had scrapped off the article 370, thus ending the 72 years long fraught relationship between Jammu and Kashmir with that of India. China began to fear since Ladakh and Jammu Kashmir was bifurcated into two separate Union Territories. It crushed the autonomy of Jammu Kashmir and it so easy for India to monitor its enemy movement along the border and stop further land incursions. Along the Chinese had a thought that their billion-dollar CPEC project may go out of their hands if India gradually annexes back the whole of Ladakh including Aksai Chin region into its hands since the heart of CPEC passes through it.

Since the scrapping had made the Chinese feared, they decided to end this border issue once for all. As a result, Chinese PLA made incursions in late April this year at four locations including the Galwan Valley. When the situation went into the favour of India, the Chinese began to screw up by initiating border skirmishes through military and claiming of whole Galwan Valley as a part of its territorial sovereignty, diplomatically.

The Ladakh standoff has now reached a crucial point where once again history repeats itself. How the Galwan Valley served as a flash-point for the 1962 Sino-Indian war, the same has been now for the Ladakh standoff too. The whole situation now depends on who is swallowing up the area of Galwan Valley. India must not leave an inch of the territory of Ladakh, Including Aksai Chin to China. This face-off has once again devastated the doctrine of ‘Peace and Tranquillity’ followed by the ancient Chinese rulers. India must stop their cartographic expansion agenda once for all by annexing back its territories starting from now the Galwan Valley.