The event of Pori Moni, a leading actress of the Bangladesh film society, has drawn attention from many at home and, to some extent, abroad. As it appears, she went to the Dhaka Boat Club at midnight with some persons including businessmen Nasir Uddin Ahmed. As is claimed, she was assaulted and harassed in the club. A case was filed against the attempted rape and murder of Pori Moni. On the contrary, a general diary was filed against Pori Moni against vandalism in a bar in Dhaka. Obviously, vandalism is a crime but it is not equivalent to attempted rape and murder. Since the case is under investigation, I would like to avoid making any comment on the case.

Of course, this is not the only event in Bangladesh. In fact, there are some other events. A few years back, two girls were raped in a posh hotel. Some such events indicate that bars, hotels or nightclubs are used as places for abusing girls and other forms of anti-social activities. But it is desired that true facts and reasons for the event of that night surrounding Pori Moni are identified through investigation and punishment is given accordingly. Since the law-enforcing agencies or investigative agencies are prompt on these, I believe that genuine facts will be revealed. But at this moment I should say that what was seen on television especially her senseless or ill situation is unacceptable altogether, where she herself is responsible or her claims are right. Conflicts of interests, there were any, among them could be solved by negotiations.

But, more importantly, the question is whether such events can be averted in the future. This is of course very difficult, even if not impossible. This is because of several reasons that may be broadly rendered as less regulation on the bar and nightclubs, the culture of might or the culture of impunity and a lack of good social norms and values. Of course, bars, hotels or nightclubs are more regulated in Bangladesh compared to other countries including neighboring India. Indeed, bars, nightclubs and hotels are regulated on some fronts including the availability of wine, which is more restricted in Bangladesh because of its overall cultural tradition. Yet, a considerable number of persons go to bars or nightclubs for entertainment especially through making extra-marital and/or premarital sexual activities. As is often criticized, unfair sexual acts are random in many hotels, bars or nightclubs in Dhaka, Chittagong and other places of the country. Inadequate regulation obviously plays a very significant role here.

Moreover, might is used in a variety of forms and diverse segments of the society ranging from the lower to the upper levels in the society. Of course, might power may be political, monetary or even muscle-based. The usage of might, in any form, is of course not uncommon in other countries too, though there are country-wise variations. But its widespread use depends on the enforcement of laws in a country. When laws are enforced as desired, the usage of might or misuse of monetary or other sorts of power is less. Even if the government is bringing many culprits into justice including their party members, there is widespread criticism that laws are not used against all culprits as desired. Some powerful persons on most occasions remain untouched. This encourages might-based acts in different segments including the upper segments.

Of course, social norms and values vary across countries, regions within a country and classes within a country. In fact, social norms and values that are unacceptable to the lower and middle class may be acceptable to the upper class. Of diverse classes, the film society, upper-level business community and others sorts of elites usually enjoy more freedom in every society. But, obviously, this is not unacceptable and there are country wise variations regarding the extent. But problems arise when extra freedom leads to decayed norms and values, brings harm to others in the upper class, middle class or lower class, and puts threats to the desired functioning of the society.

Along with the punishment of culprits, if there is any real crime committed by anyone including the businessman, some other measures are very important for averting such events in the future. In this respect, more regulation – in an actual sense – is very important in bars, night clubs or hotels. Moreover, the enforcement of laws needs to be ensured against culprits of all classes including the upper class and/or powerful elites, especially those who abuse power –monetary, political and others – and bring harm to others. In fact, the establishment of a desired culture of justice may alone help much in averting such events and other criminal acts committed by different segments of people including the upper/elite class in the future. In this respect, the government needs to be stricter and have a commitment to make some real improvements in law enforcement.

Of course, good social norms and values need to be upheld at different tiers of society. In this respect, the family that is an important part of life needs to play very important roles. As is often criticized, extramarital relationships among parents of different classes including the upper class are increasing day by day. Moreover, the misuse of power is directly or indirectly encouraged in families – more in upper-class families and other powerful elite families. Consequently, the children of the upper class or powerful elites including businessmen and politicians are more encouraged than others to abuse power and misuse the freedom they receive from their families. Thus, parents need to do more for imparting good social norms and values to children. 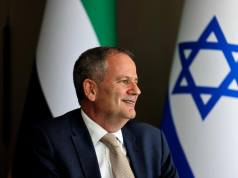 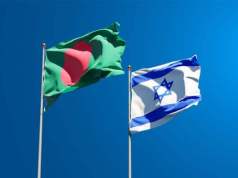 My struggles for Bangladesh-Israel relations 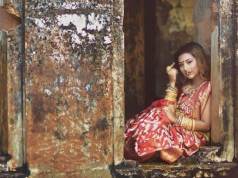 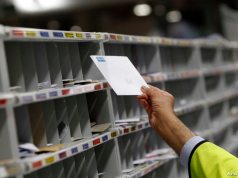