All of these names refer to violent clashes to end an occupation led by Aboriginal people.

Prime Minister Justin Trudeau stressed the need for a peaceful resolution to the conflict on Friday when he called on the police to execute the injunctions and dismantle the barricades blocking the railways. He worried about a new Oka.

Oka. In 1990, a police officer was killed when the Sûrete du Quebec attempted to dislodge Aboriginal demonstrators occupying a pine forest in order to protest against the expansion of a golf course. The crisis lasted no less than 78 days and the army was called upon to intervene. Relations between the Mohawks and non-natives deteriorated at that time. We saw a convoy of aboriginal women, children, and seniors fleeing Kahnawake being stoned by white people.

“History has taught us how governments can make things worse if they don’t exhaust all other avenues,” said Trudeau.

But no one seems to have learned the lesson in the past 60 years. History will repeat itself as long as governments fail to resolve aboriginal land claims, said Hayden King director-general of the Ryerson University of Toronto Yellowhead.

“Throughout Canadian history, Canadians have wanted access to land. They want to use the land, they want to extract resources from it. This overriding interest prevailed, but it created significant prejudice and harmed Aboriginal people, he said. We are at a point in history when all these violent confrontations culminate in the point where we are. There is no clear way to resolve this problem in a climate of so-called reconciliation.”

At the start of the crisis, Mr. Trudeau had adopted a markedly different tone in preaching patience.

Michael Coyle, a law professor at Western University, says it was the right strategy that is “much more likely to result in a mutually agreed and respectful outcome”.

He believes that the police have learned from past mistakes and that the use of force can endanger the lives of others.

A lesson probably learned after 1995. In that year, members of the Stony Point First Nation, in Ontario, occupied Ipperwash Provincial Park. Under pressure from the provincial government, provincial police officers in riot gear tried to evict them. In the ensuing confusion, an Aboriginal protester, Dudley George, was shot dead.

A subsequent investigation strongly criticized the OPP for failing to educate its officers on aboriginal rights or for disciplining some of the overtly racist officers involved in the operation. He also criticized the police and the government for not trying to communicate with protesters or to negotiate an end to the occupation of the park.

Other violent clashes have not claimed human life.

In 2006, the Six Nations of the Grand River Mohawks occupied a construction site on land claimed by this community southwest of Hamilton. Local residents accused the Aboriginals of harassment, intimidation, and sabotage before accusing the OPP of doing nothing to protect them. The occupation lasted 52 days before an intervention by the police during which 16 people were arrested. Several police officers were injured. Like today, Mohawks of Tyendinaga had blocked the railroads near Belleville out of solidarity.

In 1995, a farmer attempted to hunt a small group of Aboriginal people participating in a sundance on his property in Gustafson Lake. They considered that it was located on an unceded Secwepemc territory and refused to leave. Some 400 RCMP officers, supported by helicopters and armored vehicles, were deployed to the scene. Shootings followed in which an Aboriginal woman was injured. The impasse persisted for several months. The police operation cost 5.5 million. 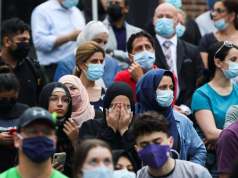 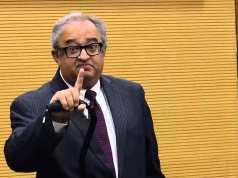 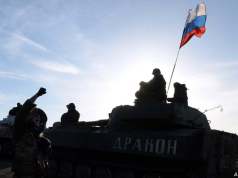 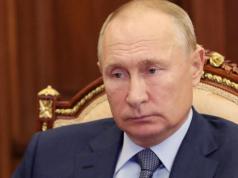