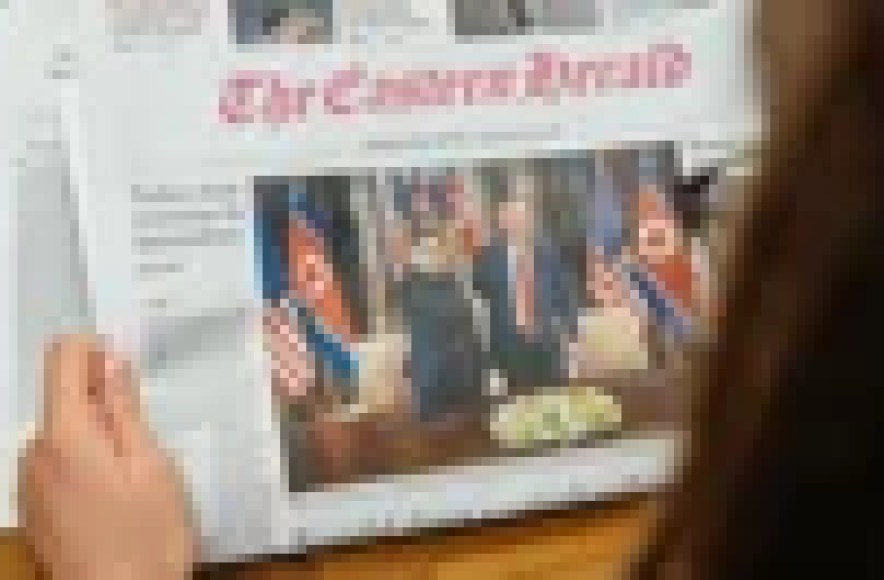 At the Left Party, a lot is happening simultaneously at the same time. In Thuringia, they want to finally elect Bodo Ramelow to the post of Prime Minister on Wednesday in the fourth, fifth or sixth attempt and let the CDU tolerate his red-red-green government for a year. In Kassel, the grassroots met at the weekend for a strategy debate and discussed again whether one would like to govern together with pro-capitalist Greens and the anti-social SPD.

The party leadership had invited so that you could talk to each other in peace, without having to take decisions or make decisions. So not a party conference, but a big debating club.

Katja Kipping, Bernd Riexinger, and Co had already scheduled the strategy debate last year after a series of electoral defeats for the left – in the EU, Brandenburg, and Saxony. Since then, the need for speech has grown, although the Thuringian government crisis and the CDU crisis have gracefully faded the leftist crisis.

The 480 seats in the Kassel cultural station were quickly booked up, and hundreds of other members had submitted contributions that fill a nearly 600-page reader. Should climate protection become a key issue for the left? Which milieus do you want to address? How do you address the working class? What narrative do you offer? In Kassel, however, there was the first discussion of the R question: to govern or not to govern?

The left has always been concerned with the question of whether socialism can be most effectively fought on the street, together with movements, or in parliaments and in the government. One might think that facts have long since been created – the left is finally governing in three federal states. But there is still a feeling of unease, which became clear again in Kassel.

The R question continues to move the party

The former Berlin Senator for Economic Affairs Harald Wolf threw a fair chunk of his comrades when he stated on Saturday that the upcoming Bundestag election could be the last opportunity for years to set the course for a socio-ecological restructuring.

The left must, therefore, go on the offensive, demanded today’s left party treasurer: “We have to start the fight for left-wing majorities.” Wolf immediately added that it was not just about majorities in the Bundestag, but above all about social alliances.

The R-question was in the room – and was first extensively picked up. When the Hessian parliamentary group leader Janine Wissler called into the hall: “It doesn’t save us a higher being and certainly not a left-wing minister”, the audience applauded much more enthusiastically than when the state chairman of the Thuringian Left Susanne Hennig-Wellsow warned: “We have to be responsible to accept and that means to want to rule. ”People did not only vote opposition for years.

Many a comrade groaned at these discussions from the 1990s. In fact, despite so many folkloric debates, the party is further than 30 years ago. And that was also noticeable in Kassel. Hardly anyone disputes that it does not have to be a contradiction to want to govern and at the same time remain committed to the road.

Hennig-Wellsow was able to quote himself as the best example: the immunity of the parliamentary group chairmen in the Thuringian state parliament has just been lifted again. The public prosecutor’s office is investigating them because, on May 1, they participated in a blockade of seats against the AfD.

And should Bodo Ramelow be elected to office on Wednesday, then of course also with the help of the social movements, Hennig-Wellsow emphasized. After the election of the FDP politician Thomas Kemmerich with the votes of the AfD on February 5, thousands of people spontaneously took to the streets against it.

Government and movement left are approaching

“Today there is a greater focus on the movements of those who are fixated on governance, and at the same time, governance has become more accepted among those who are movement-oriented,” summed up Lucy Redler of the anti-capitalist left.

However, the criticism of the agreement reached with the CDU in Thuringia was surprisingly subdued. It was articulated, for example, by North Rhine-Westphalian spokesman Christian Leye: The CDU should not be part of an anti-fascist united front, he demanded.

Lucy Redler also believes it is wrong to forge political alliances with the CDU. However, she also said: “But if the CDU votes for Ramelow, that’s okay.” Compared to the debates that are currently going on in the CDU, the Left Party appears to be a place of unity on this issue.

The left can answer the question of how you want to use the power, if you have it, quite fluently: no debt brake, no military operations by the Bundeswehr, no privatization and significant improvements in wages and social benefits, said the parliamentary group leader in the Bundestag, Amira Mohamed Ali, some points.

For Anna Westner from the Left Youth, this also means that the Left Party suspends deportation and abolishes paragraph 219a, which prohibits “advertising” for abortion.

The liaison between climate protection and social justice, which was introduced by the Federal President Riexinger together with the climate politicians as a new major topic, will probably also make it into the main proposal for the party congress. Whether under the name “Green New Deal” or “Eco-Socialism”.

Above all, the question remains how the left can become so powerful that it actually gains government power. A double-digit result in the federal election is a good prerequisite, said Mohamed Ali.

Party leader Katja Kipping, who is currently campaigning for new left-wing majorities at all levels, saw her party as responsible for generating enthusiasm and saying: “People, it can get better.” And Bodo Ramelow, who came from Thuringia, encouraged his party to “To spell more ‘what for’ and not always what we are against”. 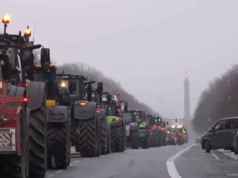 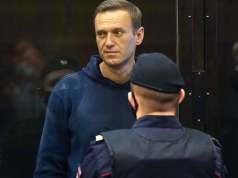 Navalny was sentenced to 3.5 years in prison instead of a suspended sentence