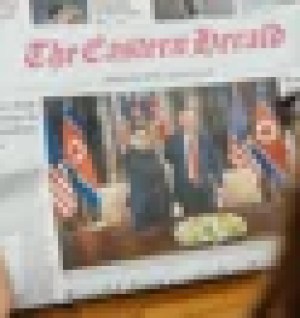 More people have died from the consequences of the coronavirus in Spain than in China. The Spanish Ministry of Health reported 3,434 deaths on Wednesday afternoon. There were 738 more deaths in the past 24 hours due to corona. This corresponds to an increase of more than 27 percent.

After Italy (6820), Spain is the country with the second most corona deaths in the world. 3281 deaths were recorded in mainland China. In Spain, most of the deceased (1825) are still recorded in Madrid; there their number has increased by almost 300 since Tuesday.

The Spanish news agency Efe reports that 23 residents died in a church retirement home in Madrid’s Chamartín district alone; more than 30 people were infected. Soldiers have intervened in more than 300 homes. Several senior citizen facilities were cleared. The public prosecutor’s office is investigating in some houses.

A high number of unreported fears

Overall, the number of demonstrably infected people rose to 47,600. 14,600 cases were registered in Madrid, followed by Catalonia with almost 10,000 cases. The increase also has to do with the fact that testing is now more intensive. According to experts, however, a large number of undetected infections are to be feared. More than 5,000 nurses and doctors are infected, which further increases the pressure on the overloaded health system.

The Spanish government, therefore, asked NATO for support with medical care: among other things, several hundred thousand tests, 500 ventilators, and protective masks. In addition, EU Council President Charles Michel wrote in a letter to the Spaniards that Europe “is by your side in full solidarity and we will spare no effort to help you””. EU Commission President Ursula von der Leyen also promised help.

In addition, the government hopes that the restrictions on freedom of movement will take effect by the end of the week when the epidemic will peak. The parliament wants to vote on Wednesday to extend the alarm status until April 11. Interior Minister Fernando Grande-Marlaska expressed confidence that he could “override some measures” once that date was reached.