The crisis team of the Potsdam-Mittelmark district reported 93 patients late on Saturday afternoon who tested positive for the novel coronavirus. This increased the number of cases by five more infected people on Friday evening.

But appearances could be deceiving: As district spokesman Kai-Uwe Schwinzert announced, the only slight increase is due to the limited test capacities at the weekend. The number will therefore probably continue to grow on Monday. As before, most sufferers fall on the region around Teltow.

One more person was reported in the city of Teltow, one in the municipality of Kleinmachnow and one in the city of Werder (Havel). In Schwielowsee, the number of corona cases rose from five to seven. So far, four of the infected people have been cared for outside the district. As reported, a patient must be ventilated. On Saturday evening, a total of 124 people were in quarantine at home. For comparison: there were still 143 on Friday. Suspected cases have increased further. While 656 were reported on Friday evenings, there were already 709 on Saturday. 117 cases have already been tested negative. 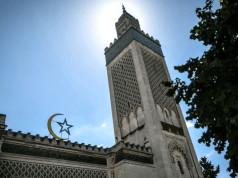