Berlin – Due to the postponement of the Summer Olympics to 2021 due to the Corona crisis, there will be “winners and losers” in sport. This was explained by Professor Ingo Frobose from the German Sport University Cologne in the ARD “Morgenmagazin”.

He sees big differences between endurance and speed sports. “The endurance that is reduced significantly less,” he explained. In the high-speed / speed sports, it all comes down to tiny things, “and when athletes are a year older, we already have a problem,” predicted Frobose.

Getting back to the level that had already been reached after a year was not easy. “Athletes in technical sports, where details have to be worked on every day, are currently having huge problems because the sports facilities are closed,” said Frobose. Such small movements in the brain would fade if they were not practiced on a daily basis. In addition, the motivation problem comes with such long breaks. Especially those athletes from technical sports have concerns about keeping in touch with their sport.

He gave the pole vaulter as an example – they think about their sport, they watch some sequences in the video, said Frobose. He would like the athletes to do mental training and simulate the competition in their heads. But “the speed and the character of the competition are missing, of course.”

Frobose used to be a top athlete, in 1981 he was German runner-up over 100 meters. At the German Sport University he headed the “Center for Health through Sport and Exercise”. 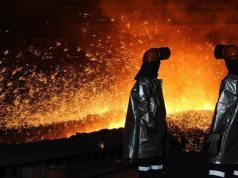