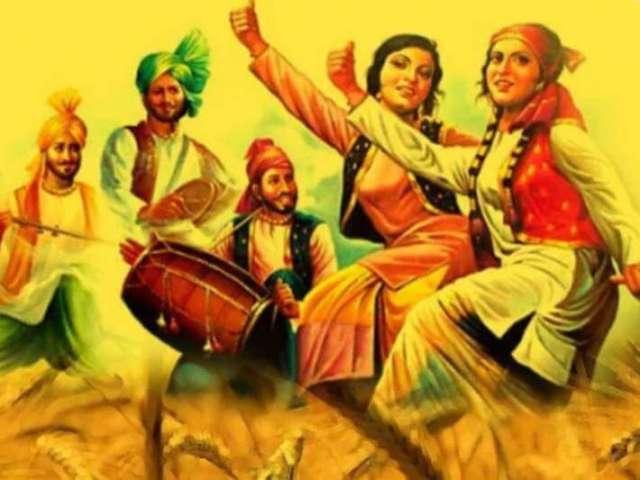 India currently under ‘Lockdown’, that in all likelihood is to extend further; and residents adhering to the Government order of ‘social distancing’ and ‘stay home’ directive, religious festivals in April are a low-key family affair with much of the festivities missing.

As a precautionary measure against the spread of Covid-19, all places of worship have been shut until further notice. Social gatherings associated with the festivals are off the table and families have to devise ways to celebrate at home.

On April 12, this year’s Easter was observed subtly by around by the country’s third-largest religion with approximately 28 million followers, constituting 2.3 percent of India’s population, as per the 2011 census. Christian majority states with concentration, as Nagaland at 90%, Mizoram at 90% and Meghalaya at 83%, Manipur at 41.3% and Arunachal Pradesh at 30.3% in the north-east, as well as in Goa at 25%, Kerala at 18% and Tamil Nadu at 6.2% and across all other states.

In the time of the novel coronavirus, the symbolic motifs of religion have turned literal. Lent, the forty-day season of preparation for Easter, is usually a time of symbolic deprivation: giving up meat on Fridays, giving up chocolate, giving up unkindness, giving up carbon.

This year—Lent began on February 26th—the coronavirus has demanded quite literal deprivation: no going out, no eating out, no shopping, no seeing friends. For too many people, it has brought the pain of job loss, illness, and death.  Following the guidelines of the government, the Christian community at their respective residences with minimal pomp and gaiety. All the churches were closed for people due to country-wide COVID-19 lockdown.

Another important celebration at this time is the Vaisakhi, known as the harvest festival of Punjab on April 13, which also signifies the tenth guru of Sikhs Guru Gobind Singh’s call to the people to follow Sikhism in 1699; and Khalsa community was formed.

India’s Sikh population stands at 24 million, which is only 1.72% of the country’s total population. Out of the total Sikhs in India, 77% are concentrated in the state of Punjab. The northern states of Punjab, Haryana, parts of Delhi as well in other states usually celebrate this day with much fanfare. People get together and perform bhangra and giddha on traditional folk songs and dhol. Men show off their gatka skills (a traditional form of martial arts of the Sikh.). The Sikh community also observes it as the day of thanksgiving for an abundant harvest, and pray for future prosperity.

The next major festival of the season is PoilaBaishak and Bengali New Year that this year falls on April 14. It is a national holiday in Bangladesh, and in the Indian states of West Bengal, Tripura and Northern Odisha and parts of Assam by people of Bengali heritage, irrespective of their religious faith. India has 9.6 crore Bengalis, of whom 1.8 crores (or 19%) stay outside Bengal, data from the 2011 census. The festival is celebrated with processions, fairs and family time. Lord Ganesh is worshipped and halkatha(new business account book) by Bengali businesspeople performed.

The same day is observed elsewhere as the traditional solar new year and a harvest festival and is known by other names such as, Ugadi in South India –Vishu as Malayalam New Year in Kerala and Puthandu the Tamil New Year in Tamil Nadu, and Bihu beginning of Assamese New Year and signifying the time of harvest in Assam.

During this time of the year, there has always been frenzy shopping, especially for food items to be consumed during the period as well as clothing to keep up with the ritual of wearing new clothes in certain cultures. Shops, big and small, across Bengal districts had  Chaitra Sale (sale announced) to attract customers and notable business time for retailers and whole sellers witnessed. But with strictures to move out of home only in case of emergency, people are compelled to give a go to such customs in the current situation.

India’s strong cultural and religious tradition of communal celebrations, as well as close interactions with extended family members and neighbors, constitute major social and behavioral factors. While the same showcase the country in positively in most occasions, but in the recent past the same pose serious challenges, as witnessed during the Religious Congregation in New Delhi as well as the Prime Minister’s call for ‘JantaCurfiew’ and ‘9 pm for 9 minutes’ call in which the ‘social distancing norms’ grossly violated by a section of citizens.

It is imperative that fighting the COVID-19 crisis essentially requires a holistic approach that sufficiently integrates the infrastructural, social, behavioral, psychological aspects to prepare us for any emergency response. It needs to be fought with good science and proper health care with overriding religious considerations, social beliefs, and cultural practices to enhance the scientific temper of the people. Probably, the subtle celebration at the home of religious occasions at this time will help people for the purpose.