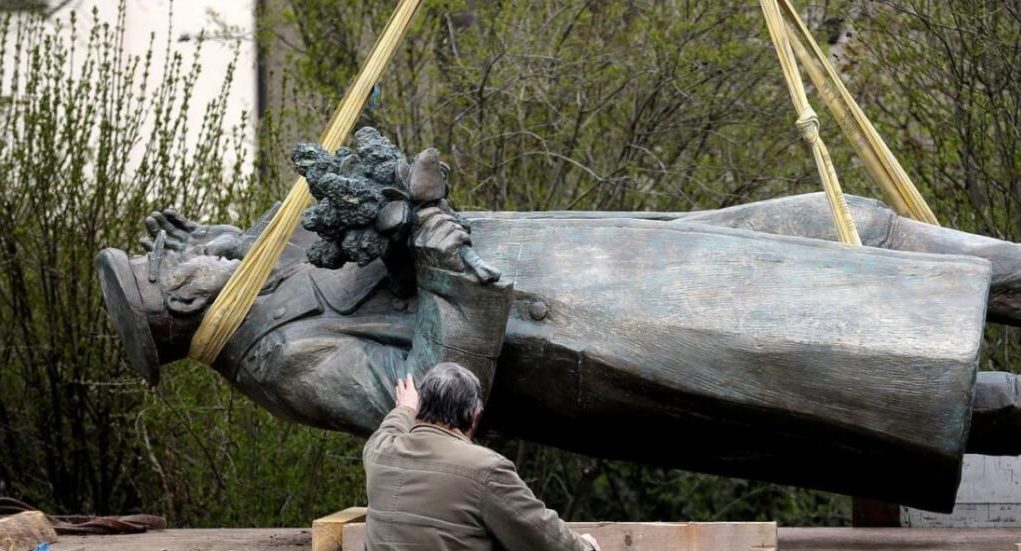 The Czech Foreign Ministry transmitted through diplomatic channels an offer to colleagues from the Russian Ministry of Foreign Affairs – to begin consultations with the aim of resolving the existing disputes that erupted after the dismantling of the monument to the Soviet Marshal Ivan Konev in Prague. This was announced to the deputies of the Czech parliament by the head of the diplomatic department Tomas Petrzycek.

“Today, May 5, we handed the [diplomatic] note to the Russian side with a proposal to start consultations in accordance with paragraph five of the agreement on friendly relations and cooperation between the Czech Republic and the Russian Federation. This is the first formal proposal of this nature made between both parties. The Russian side has so far talked about this possibility only in the media, ”TASS quoted him as saying.

The Minister explained that such consultations are the standard mechanism for resolving bilateral contradictions. “On behalf of the Foreign Ministry, I would like to ask the deputies to provide an opportunity for diplomatic decisions. The politicization of these topics can bring a counterproductive effect, ”the head of the department added.

The Czech Republic is one of the most loyal Russian European countries. Her leadership was never seen supporting anti-Russian sentiments and anti-Russian sanctions. Nevertheless, lately, relations between Moscow and Prague have noticeably increased. The reason for their deterioration was the dismantling of the monument to Soviet Marshal Ivan Konev. The decision to demolish the monument was made by the municipal authorities of the Prague-6 district, in the administrative territory of which it is located.

The decision caused an extremely negative reaction from the Russian press and official structures. The Russian Foreign Ministry said that such an act violates the provisions of the bilateral treaty on the foundations of friendly relations of 1993. According to this document, the Czech Republic committed itself to “sacredly protect and provide access to monuments, including the monument to Marshal Konev.” The Investigative Committee of Russia has opened a criminal case on the desecration of symbols of military glory, of which Czech officials can become defendants.

In turn, Czech politicians and observers accused Moscow of gross interference in the internal affairs of the republic. The publication Respekt announced the arrival of an employee in the republic one of the Russian special services, which allegedly found potent poison – ricin. According to the publication, the agent had the task of poisoning the mayor of the Czech capital Zdenek Grzyb, as well as the head of the Prague-6 district, Ondzrej Kolar. Kolar himself, who actually initiated the scandal, complained about the actions of Moscow to the head of the European Commission, Ursula von der Leyen. In a letter sent to her, the Czech politician stated that “the act of removing the monument from the pedestal caused an inadequate reaction from Russia.” According to him, the Russian embassy and officials allegedly call on Czech citizens on social networks to physically eliminate those who were involved in the dismantling of the monument.

“Dear Madam Chairperson, I ask and urge you to take decisive measures so that Russia can be clearly told that such behaviour is unacceptable,” said Kolarge to von der Layen.

In fairness, it is worth noting that the actions of the municipal authorities of one of the Prague districts do not reflect the views of all politicians of the republic. Czech President Milos Zeman has repeatedly condemned the demolition of the Soviet monument. “Marshal Konev not only liberated Prague, but he also liberated Auschwitz, while those who remove this monument have not yet done anything worthwhile in their lives. This is a feature of “fighters with monuments.” They envy those who have achieved something. They envy those who painted a picture or created a monument, and seek to destroy it, ”the president said on TV Prima on April 12.

Today, the Czech leader also spoke about the situation. “I consider this reaction (of the Russian Federation) excessive, but it is a reaction to the stupidity that our minor politicians have committed. When a politician is insignificant, he tries to attract attention at least with something, ”Zeman explained.

It is noteworthy that earlier the Czech Ministry of Defense refused to the Russian Minister of Defense Sergey Shoigu, who asked to give the monument to the Russian side so that it was installed on the territory of the Russian Federation. The Czech department explained that legally the monument is the property of the municipality, and therefore the military can not dispose of it. For the same reason, neither the Czech parliament nor even the president can do anything with the municipal headman, who decided to promote at the expense of an international scandal that he personally organized.

It is worth noting that after the dismantling of the Konevu monument, it was neither destroyed nor thrown into an inappropriate place. The municipality of Prague-6 plans to transfer it to the Museum of the twentieth century, which will be created by the Prague City Hall. Of all the attacks on the Soviet marshal, one can only cite the words of Ondrej Kolarge that the monument was dismantled due to the fact that “he did not have a mask on his face” and he “violated the sanitary and epidemiological rules.”