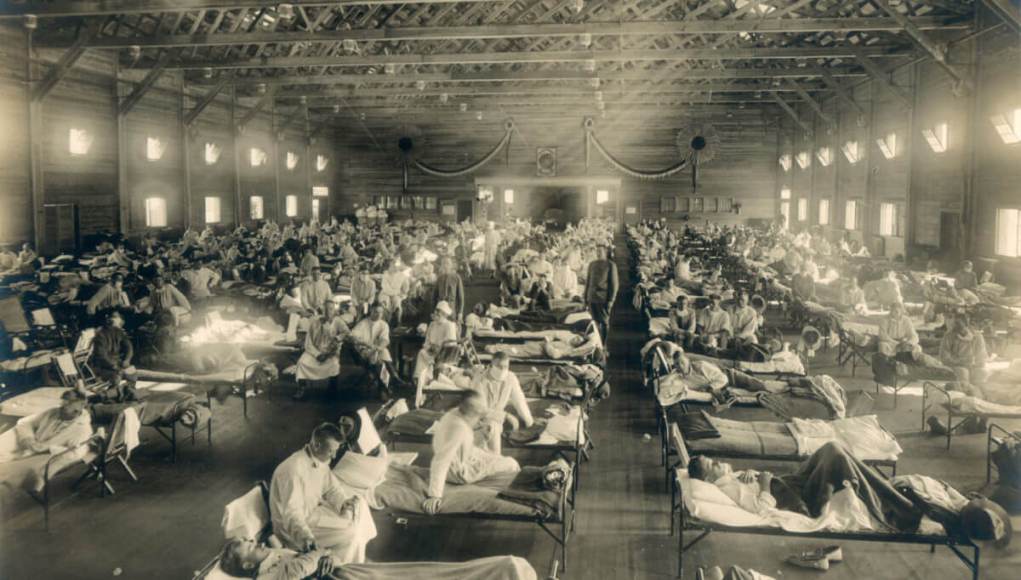 In times of the novel coronavirus, SARS-CoV-2 pandemic stretched across continents, it is worth noting, that given current concerns about the spreading coronavirus, that the overwhelming majority world denizens also recovered from the pandemic that swept the world from 1957 and into the following years. Such was the infection rate of Asian Flu, however, that by the time the outbreak had run its course and a vaccine had been developed, between two and four million people around the world had died.

The first cases were reported in Guizhou in late 1956 or February 1957 and were reported in the neighboring province of Yunnan before the end of February. On 17 April, The Times reported that “an influenza epidemic has affected thousands of Hong Kong residents”. By the end of the same month, Singapore also experienced an outbreak of the new flu, which peaked in mid-May with 680 deaths. In Taiwan, 100,000 were affected by mid-May, and India suffered half a million cases by June. In late June, the pandemic reached the United Kingdom. In Britain alone, nine million people caught the bug, and 14,000 died of it.

Asian influenza, as study papers indicated, appears to have reached India in May 1957 via Madras via a steamer load of passengers arriving from Singapore. The main pandemic wave swept through the subcontinent within the next 12 weeks; cases occurring thereafter represent the permanent infiltration of the new virus into the population. Between 19 May 1957 and 8 February 1958 there were reported 4 451 758 cases, with 1098 deaths in India.

By June 1957 the flu reached the United States, where it initially caused few infections. Some of the first affected were United States Navy personnel at destroyers docked at Newport Naval Station, as well as new military recruits elsewhere. The first wave peaked in October (among children who returned to school) and the second wave, in January and February 1958 among elderly people, which was more fatal.

Reports from the period seen, indicated noted American microbiologist, Maurice Hilleman, who specialized in vaccinology and developed over 40 vaccines, was alarmed by pictures of those affected by the virus in Hong Kong published in The New York Times. He obtained samples of the virus from a United States Navy doctor in Japan. The Public Health Service released the virus cultures to vaccine manufacturers on 12 May 1957, and a vaccine entered trials at Fort Ord on 26 July and Lowry Air Force Base on 29 July. The number of deaths peaked the week ending 17 October with 600 reported in England and Wales. The vaccine was available in the same month in the United Kingdom. Although it was available initially only in limited quantities, its rapid deployment helped contain the pandemic.

H2N2 influenza virus continued to circulate until 1968 when it transformed via antigenic shift into influenza A virus subtype H3N2, the cause of the 1968 influenza pandemic.

But none of the literature scanned of that period had anyone recalling to wearing a protective mask, and no mention that hand sanitizer was even available. Schools remained open but half of the teaching staff were victims and consequently, the timetable collapsed. Other daily activities reportedly went on, al bait panic in public spaces.

The health ministry advised the public, via the radio, not to visit the doctor if they felt the flu coming on but to stay at home and take aspirin. Some hospital wards nevertheless were forced to close as staff fell ill. Up to a third of the community, doctors caught the bug. Reportedly half of the teaching staff were victims. A 2009 brief history of the pandemic in the British Journal of General Practice quotes a contemporary medic’s complaint about “the scare stuff in the lay press”. By and large, for people at that time “Keep Calm and Carry On” was more than a slogan promoted, and practiced by all. People followed the news of the pandemic via daily newspapers or the sparse bulletins of the radio.

In India, a detailed study on the Asian Flue impact was conducted by Dr. I.G.K. Menon, of the Government of India Influenza Centre at the Pasteur Institute, Coonoor, and published in the World Health Organization journal, provided comprehensive information of the Indian outbreak scenario and preventive interventions. His paper also indicated that a committee was set up then under the chairmanship of the Director-General of Health Services, New Delhi, to consider the various problems concerned in the production of influenza vaccine and its use. Target production of 100 000 doses of vaccine was decided on, out of which the Coonoor Centre had manufactured 55 000 doses by 31 January 1958.

In the case of the current onslaught of COVID-19, which reported more than 4.1 and close to 283,876 fatalities, the COVID-19 graph continues to rise. Reports also indicate that scientists and researchers across the globe are racing against the time to develop a vaccine for the novel coronavirus.

As of now, almost 100 research groups are working round the clock to develop a potential vaccine for COVID-19. Most experts think a vaccine is likely to become available by mid-2021, about 12-18 months after the new virus, known officially as Sars-CoV-2, first emerged. That would be a huge scientific feat and there are no guarantees it will work.

There are similarities and differences between the two pandemics and the manner in which the public and medical and political establishments responded. Then, as now, the government took steps to mitigate the crisis.

The spread, though identical, the vulnerability and death rate from COVID-19 might turn out to be somewhat higher than that of the Asian flu, as the HIS Markit COVID-19 vulnerability index below would indicate.

The World Health Organization predicts the toll in the present outbreak could range from 0.7 to 4%, depending on the quality of health-care systems and the Governments, based on opinions of Scientists, announced that denizens will have to learn to live with the virus for quite sometimes in the recent future, understandably pose concerning the scenario.

The same fears that sweep people across the globe now swept the world at that period also. But the reaction of the governments was more restrained. There was no hyperactive TV with its short attention and attentiveness deficit. Besides, most hospitals did not have intensive care units and the fears of hospitals being overwhelmed did not make the world numb with panic.

The world then had leaders like Lee Kuan Yew in Singapore, Achmed Sukarno in Indonesia, Jawaharlal Nehru in India, Harold Macmillan in the UK, Dwight Eisenhower in the USA, leaders tested by war and freedom struggles, and cool in a crisis. Very unlike some of the Gallup drove ill-informed and theatrical type statements to confuse already stressed denizens, one get to hear currently. That probably made a difference!