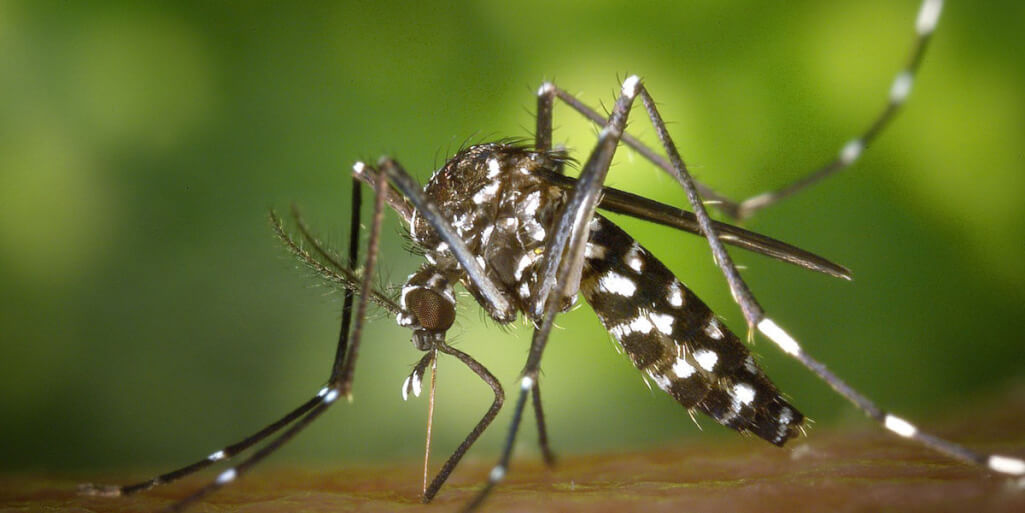 Aedes albopictus, popularly known as the “tiger mosquito”, was again the center of concern in some countries of the world after the species appeared in the Spanish archipelago of Ibiza since the swimming pools in the vacation spot are not treated during the coronavirus pandemic. Insects, which prefer humid air, have been lured into swimming pools unattended due to a lack of tourists.

According to a report presented by the British newspaper The Sun, this species of mosquito is four times larger than the one we traditionally know, its bite goes through clothing, and, in addition, it is a carrier of viruses such as Zika, West Nile and dengue. According to the document, it takes between 10 and 12 days to hatch the young. Also, they attack during the day.

From the Biodiversity Information System of the Administration of National Parks of Argentina, they assure that the mosquito of Asian origin is an insect of 5-10 mm long, dark brown or black color with silver lines on the thorax and abdomen, and legs to black and white bands.

Both Aedes aegypti and Aedes albopictus can transmit dengue, chikungunya, and Zika viruses, as well as at least more than a dozen other emerging diseases that researchers say, could be a threat in the next 50 years.

“Aedes Albopictus, also known as ‘Asian Tiger’, belongs to the same group of mosquitoes of sanitary importance along with Aedes aegypti, with whom it shares similar characteristics in structure and size. Originally from Southeast Asia, this mosquito, with jungle habits, currently has a wide distribution in the tropical, subtropical, and temperate regions of America and Europe, “said biologist Manuel Espinosa, head of the Mosquito-Borne Diseases area of ​​the Mundo Sano Foundation.

According to research published in the scientific journal Nature, unlike Aedes aegypti, a predominantly urban vector that uses the abundance of artificial containers as larvae sites and feeds almost exclusively on humans, Aedes albopictus can be found more frequently in peri-urban and rural environments, easily feeding on a variety of mammalian (including human) and avian species.

Originally species of Eastern distribution (A. Albopictus), thanks to human action and their great ability to adapt to new habitats, have been described in large biogeographic areas. A study published in the journal Molecular Ecology revealed which routes the tiger mosquito used to enter Europe. This is a genetic work carried out by researchers from the University of Grenoble, for which 692 mosquitoes from 109 different locations have been analyzed.

The scientific explanation for the appearance of this plague in Ibiza has to do with the fact that this island is made for vacationing. Due to the closure of the closure in Spain on March 12 due to the COVID-19 pandemic, water sources, such as swimming pools, have not been treated and many hotels and vacation villas were left deserted. The Ibiza council’s environmental management department has now urged residents to make sure to purify their pools.

“In Argentina, its presence in the provinces of Misiones and Corrientes has been verified. In 2007 it was detected in the urban area of ​​Puerto Iguazú during larval sampling and oviposition monitoring, which is carried out continuously by the Mundo Sano Foundation for surveillance of Aedes aegypti. As of that year, the foundation maintains permanent monitoring activities for this mosquito, “said Espinosa.

Easily recognizable thanks to its size and distinctive black and white stripes, the dangerous species has been present in northern Italy, Greece, and Spain for the past five years and moves north about 93 miles a year. More than half of France is now in the red “danger zone””, areas where the mosquito is “implanted” and “active”. It has been revealed that 58 French departments are considered at risk, compared to just 51 last year.

Scientists have previously warned that global warming could be to blame since insects can be lured north by warmer, wetter air. Two studies, from the universities of Liverpool and Oxford, have said that climate change could allow Asian tiger mosquitoes to spread throughout Western Europe. The Department of Health also announced a research fund to address the health effects of global warming, including the dangers of the spread of insect diseases.

Although Aedes mosquitoes are capable of transmitting 22 different types of viruses, they do not have the possibility of transmitting SARS-VOC-2. In addition, the planned stoppage of tourism this summer can curb imported cases of dengue, Zika, or chikungunya and reduce indigenous infections in people who have not traveled to countries where these conditions are endemic.

“It has been proven under laboratory conditions that it has the capacity to transmit at least 22 arboviruses, including dengue, chikungunya, Zika, and yellow fever. However, few studies show it as an active vector during epidemics of these diseases in America, “concluded the specialist.

Climate… The earth is dying earlier now, where shall we live?