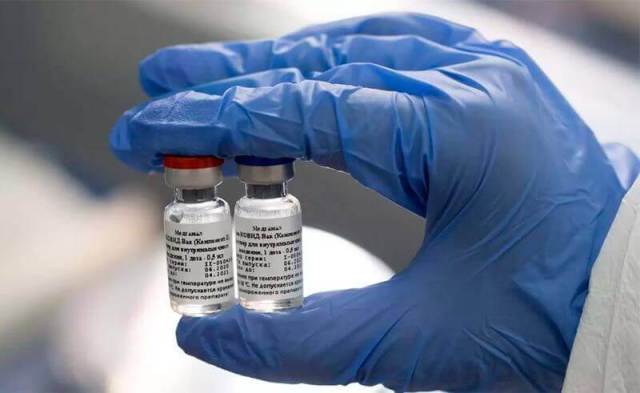 Faced with the current coronavirus pandemic, more than 160 vaccines are being developed against SARS-CoV-2 around the world, hoping to bring one to market in record time to ease the global crisis. One of them is the Russian vaccine, known as Sputnik V.

The Russian Sputnik V vaccine was registered on August 11 in full compliance with international standards. Artificially created, without any element of the coronavirus in its composition, it is presented in lyophilized form, that is, as a powder that is mixed with an excipient to dissolve it and then administer it intramuscularly.

The drug uses a human adenovirus technology of two different vectors, Ad5 and Ad26, for a first and second injection. However, Sputnik V does not contain live human adenoviruses, but human adenoviral vectors that are not capable of multiplying and are completely safe for health.

It builds on an existing two-vector vaccine platform, developed in 2015 to treat Ebola, which passed all phases of clinical trials and was used to defeat the epidemic of that disease in Africa in 2017. Several other companies are also using human adenoviral vector-based platforms for their COVID-19 vaccines, such as Johnson & Johnson, which uses only the Ad26 vector, and China’s CanSino, which uses only Ad5.

But, How was a vaccine achieved in such a short time? As explained by Denis Lugunov, director of the Gamaleya Center and member of the Russian Academy of Sciences who leads the group of developers of the Russian vaccine, in the framework of the virtual conference on the Sputnik V vaccine State of development, advantages, and prospects for cooperation with Latin America, “the way to work with this vaccine has been developed a long time ago. What we did was work on an already developed platform. We changed and inserted a protein that is responsible for the production of protein S, having the technology you can develop in a short time, making the modifications. It was a very long road for which we had to work meticulously “.

“It has proven 100% effectiveness in the population that was vaccinated. Our main focus is on human safety when using this vaccine. The immunity would last between 1 and 2 years. Regarding side effects, there is a small percentage of people who experienced fever, redness at the injection site, but no serious or moderate complication occurs as has happened with others, and this is related to the fact that our vaccine presents a great level of purification and has an advantage in that it unifies two vectors, ”explained Kirill Dmitriev, who heads the Russia Direct Investment Fund.

According to Lugunov, there are 16 thousand people who have already received the vaccine in the clinical trial stage; all the other people initially received it as volunteers but in parallel, they are also vaccinating health personnel and other specialties: “We are also carrying out a vaccination plan for people who make up risk groups.”

In this sense, it was Dmitriev himself who reported that his 74-year-old parents signed up as volunteers to apply the Sputnik V vaccine and were surprised by the results: “They received the vaccine and my father has achieved very high levels of antibodies according to subsequent blood tests; they really were very excited. In mid-November, we will receive a large volume of information after the participation of the 40 thousand people that will allow us to draw conclusions ”.

At the moment, on September 9 began the third phase of clinical trials of Sputnik V, with the participation of 40,000 people. More than 60,000 volunteers registered in Moscow to take part in the trials and more than 40 countries have already expressed interest in obtaining the vaccine.

How would vaccination be coordinated in other countries? “Several countries will join the investigation, including the United Arab Emirates, India, Venezuela, Egypt, and Brazil. We are also in dialogue with Argentina and Peru to be able to carry out clinical trials there. In fact, in Argentina, there are two provinces that are about to supply contracts for the vaccine, and hospitals will soon carry out clinical trials on the population. We try to accelerate our dialogue and we hope to be able to complete those agreements in November, ”said Dmitriev.

In addition, the specialist explained that although they are working to meet Russia’s needs, it is also important for them to produce the vaccine in other countries such as Brazil, Venezuela, or Mexico: “It would be a billion doses.”

“You cannot bet on a single vaccine against COVID-19. The more vaccines there are, the easier it will be to find a solution for the new coronavirus, ”emphasized Dmitriev. At the moment, the most promising are those of Moderna, Pfizer, Oxford-AstraZeneca, and Sinopharm, which have already shown promising results.