The Union of South American Nations (USAN), for his part, awaits his turn at bat while events unfold that may change the political direction that the continent has taken in recent years.

These electoral milestones will begin to occur in the USA on November 3 of this year and will continue in Venezuela, December 6th. In 2021, they will continue in Ecuador, Peru Y Chile. In Colombia Y Brazil, will be in 2022. Each of these events could reveal new political geography in Latin America.

The coming months already have a lot of events scheduled: a set of presidential and legislative elections, apart from the unpredictable demonstrations and protests that may occur. In this context, Latin American progressive movements are making significant progress towards seizing political power in countries such as Ecuador, Chile, Colombia Y Brazil.

The first cycle of progressivism lasted steadily during the mid and late 2000s. XXI century, until Mauricio Macri in Argentina, Jair Bolsonaro in Brazil, and other leaders of the emerging right ended with various leftist experiences of government.

But the triumph of a few days ago Movement to Socialism (MAS) in Bolivia and from ‘I approve’ at plebiscite of Chile, together with the presence of Alberto Fernandez in Argentina Y Lopez Obrador in Mexico, envision a scenario of geopolitical equilibrium in which any left win in the presidential elections to come, it will consolidate the idea of ​​the establishment of a new cycle of progressive governments, perhaps not as accentuated as in the first, but growing.

In any case, the breakdown of the first progressive cycle generated a response, faster than expected, in the defeated sectors. The new rise of the right was responded almost immediately by movements, protests, and electoral campaigns, which have generated strong friction in the efforts of Sebastian Piñera in Chile, Ivan Duque in Colombia Y Bolsonaro in Brazil.

What is relevant is that these movements, protests, and uprisings do not remain in simple indignation, nor do they enter antipolitical alleysInstead, they quickly build formulas to recover the electoral path and have the experience of what it means to be and to govern. Therefore, they can advance beyond impotence, they rise without delay from the falls – it remains to be seen if they have learned from them -, and they demonstrate what Nietzsche called “will to power”, which is essential to exercise a mandate. They have a vocation for power and they return to haunt it.

One of the teachings of the first cycle is that achieving an electoral victory and occupying a seat in the Executive it does not necessarily translate into an effective exercise of power. The second lesson is that the high expectations generated in the population by the leftist formulas without a full result, they can turn into unrest against their governments.

Until now, progressive movements and parties, regardless of their new challenges, do not remain in mere indignation. They go for the electoral triumphs and the consequent attempt to manage the state and the economy.

The first event that can be expected and that will impact Latin American political enthusiasm is the US presidential election. Of win Trump, the right will feel supported to follow their ‘anti-socialist crusade’. If the result is different, the social-democratic sectors will attempt a change of direction in the relations of both subcontinents.

Later, on December 6, the legislative sessions will be held in Venezuela, which implies the weakening of the figure of the opposition deputy Guaidó, who already loses his seat in the National Assembly because he is not running, but betting on abstention. This position of the election of deputy is the one that allows him to sustain, for the moment, the scaffolding of his interim office.

On February 7, 2021, the first round of the presidential elections will be held in Ecuador and the ballot is scheduled for April 11.

Correísmo prepares to obtain a triumph with Andres ArauzBut first, he will have to overcome the confrontation with the indigenous movement, which seems unsolvable, although it is not the first time that he has won without them. It will also have to solve the problem of its acronyms, which are not entirely internalized in the voters of the belt from previous elections. Hard votes alone are not enough for him, so he must fight for those who have turned away from or disappointed in politics.

In Peru, the long interim will have to end in the next presidential elections in April 2021, where the leftist Veronika Mendoza, a former presidential candidate, is presented as a candidate in the midst of a deep institutional crisis.

Chile will hold the presidential elections in late 2021, as well as an election to approve the new constitution, drawn up by the constitutional convention, and a new parliament. So the key here begins to be the election of a candidate who generates enough consensus to win, but who can represent the political resurgence of new subjectivities and not the traditional political class. 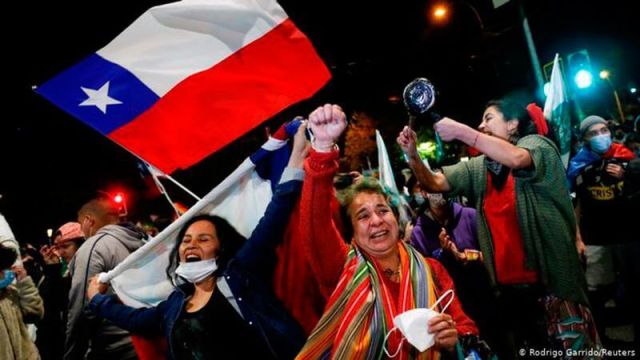 A triumph of the left could actually be a new constitution ‘post-Pinochet’, and capture both the presidency and the legislative majority: a true reversal of the neoliberal country par excellence.

In Colombia, the situation is deciding in favor of the progressive forces. The weakening of the former president Alvaro Uribe and the president Ivan Duque, together with the massive demonstrations that recall the Chilean outbreak, generate increasing probabilities for the nomination of the former presidential candidate Gustavo Petro. The left has never been closer to seizing political power in that country than it is now.

Also for 2022 is the choice of Brazil. Bolsonaro reelection is at stake in a scenario where anything could happen, but the Workers Party, with Luiz Inacio Lula da Silva At the helm, he also bets on his rise to political power after having won four presidential elections in a row until his defeat in 2018.

The ‘lawfare’ against the progressive leadership of Lula da Silva, Dilma Rousseff, Rafael Correa, Cristina Fernández; the benefit of the malaise generated from the fall in raw materials; the use of the media and networks to spread false news and the criminalization of social movements. All this was tactically used by the right-wing to shape a political cocktail that stopped the first progressive cycle.

This analysis could also include a certain slowdown in the processes carried out by progressive sectors, the impotence of not achieving the promised social transformations, serious economic errors, and a bureaucratic infatuation with power, which made it difficult to understand the emergence of social unrest that favored the right.

Several governments ended up falling in various ways as of 2015. Defeated electorally, militarily, or judicially, the rights were enlarged and rudely ended the social advances, which were already diminished due to the economic crisis. In this scenario, several leftist leaders were linked in corruption scandals or taken out of combat with the ghost of Venezuela prowling the screens of the world.

The first progressive cycle with social achievements and a significant redistribution of money, but with a disability, except in Bolivia, to generate an effective and sustainable economic policy at the same time: the great challenge of the second cycle to come.

The first cycle was naïve about the State shape that had to be adjusted. This has been the great Achilles heel: the State it rebels against the government when it comes to printing a movement to accelerate the reforms and transformations required.

This happens in armed forces, police, judicial. In inexpensive appliances. At State everything.

Then the progressive forces are being presented again as a government option, and it remains to be seen how much was learned from mistakes and what new strategies will be used to effectively redefine the State exists.

Many social and political movements, regardless of the size of the challenges, are working to re-occupy the Nation-state and generate stable alternatives of government from electoral formulas. Something that did not exist in Latin America until the last decade of the twentieth century.

The second cycle may be about to begin. We will be attentive to the events that are presented. 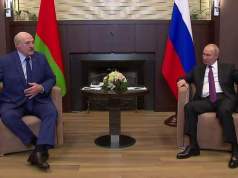 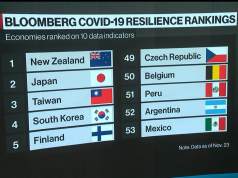 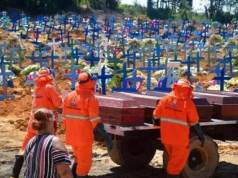