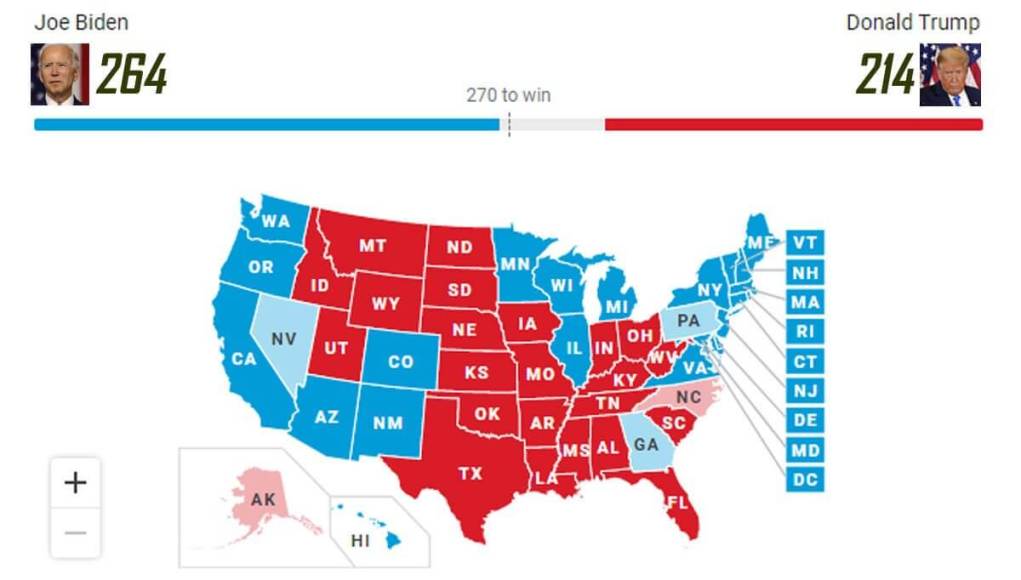 Recount to be held in Georgia after the US presidential election. State Secretary of State Brad Raffensperger announced this during a briefing.

According to Reuters, the reason for the recount will be a small gap between candidates. Brad Raffensperger said that it is still unknown what the outcome of the elections in this area will be.

Democratic candidate Joe Biden overtakes incumbent President Donald Trump in the state of Georgia. The president cannot afford to lose 16 Electoral College votes in this traditionally Republican state if he wants to keep hope for a second term. Without Georgia and Pennsylvania Trump will not be able to get 270 votes from the Electoral College, so his chances of re-election will depend on developments in the two states. Based on this vote, 16 votes of the Electoral College distributed…

On Thursday, Trump urged stop counting votes and do not count ballots received by mail after the closing of polling stations. This year there are a record number of such votes. Also, Trump’s headquarters demanded count votes in Wisconsin where Biden won.

Elections for the President of the United States, the House of Representatives, and the Senate – the upper and lower houses of Congress, respectively – were held on November 3. Voices are still being processed.