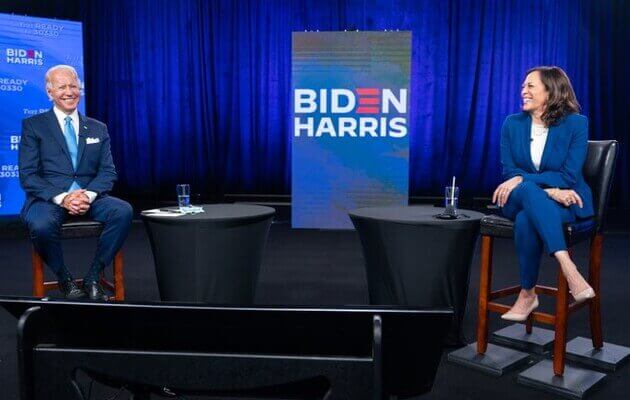 Europe and America are demanding a “new course in transatlantic relations” to adapt cooperation to withstand global shocks, and this “new course” must be built in accordance with common values ​​and interests. Europe has actually shown its willingness to cooperate with the winner US presidential elections Joe Biden and new VP Kamala Harris, who believe in the value of international partnerships and friendship between America and Europe, writes The Washington Post… However, relations between Europe and the United States require “serious repairs”, besides, the general situation in the world is becoming more and more unstable.

The rules that underpin security and prosperity are in decline. Addressing the root causes of social division remains a major challenge for Americans and Europeans alike.

Presumably, with Biden’s presidency, there will be an opportunity to revive a strong transatlantic unity that can resist autocrats and aggressive-minded countries that are trying to strengthen their power, undermining international or regional order. But a principled approach does not exclude dialogue and cooperation.

However, even under Biden’s presidency, the US foreign policy compass arrow will still lean toward China, which is both a partner but also a powerful competitor and systemic rival. The US and Europe must work together to effectively tackle China’s growing resolve, as well as maintain the necessary paths to work with Beijing to address global challenges such as the COVID-19 pandemic and climate change. But this requires the United States and Europe to consult among themselves to coordinate joint approaches, for example, on human rights, digital infrastructure, and fair trade.

Europe is ready to involve the United States in a common approach to ensure the exclusively peaceful nature of Iran’s nuclear program and to address other challenges that Iran poses to security in the region. Turkey’s problematic behavior in the eastern Mediterranean and beyond will also have to be addressed. The US and the EU must work together to combat terrorism and radicalization, which threaten security on both sides of the Atlantic.

However, Europe has also changed somewhat. Now European countries have learned to rely more on their own forces to protect security and build a more balanced transatlantic partnership.

These are two sides of the same coin. European sovereignty has grown over the years. Europe has begun to develop joint security and defense capabilities, which is necessary to strengthen both the European Union and NATO. Europe is already assuming much greater responsibility for security in its neighborhood – from the Mediterranean to the Middle East, including the Persian Gulf. In a few weeks, a group of senior security experts will present their recommendations on how to strengthen NATO.

Security in the 21st century also depends on whether democratic countries can find common answers to the global challenges of our time.

Europe supports Biden’s initiative to re-join the US to the Paris Climate Agreement and the World Health Organization. This can be seen as the starting point for transatlantic efforts to strengthen multilateralism in the international arena.

This remains the only effective response in a world where more countries are trying to undermine the global rules-based order. Cooperation between Europe and the United States is critical for equitable distribution of vaccines and drugs, as well as for the global recovery from the impact of the coronavirus pandemic.

In terms of cooperation, Europe and the United States can remain guarantors of peace and stability, democracy, and the rule of law. Of course, cooperation between the United States and Europe will not be “perfect”, as there will be some controversial issues one way or another regarding, for example, tariffs, sanctions, taxes, and subsidies, which have recently strained transatlantic relations.

However, the allies must find joint solutions, because the future depends on this, the newspaper concludes.