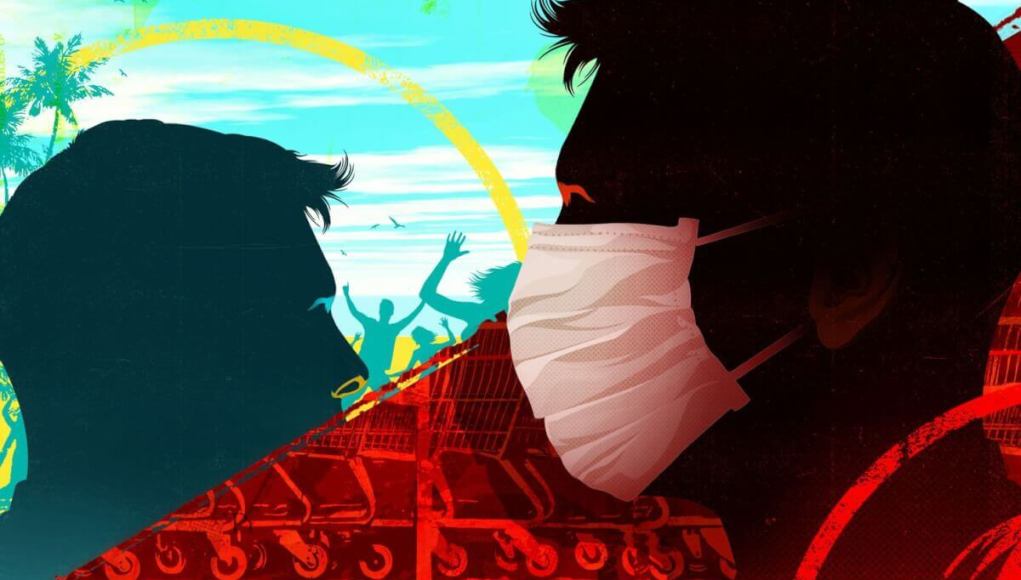 Today, a year after the outbreak of the coronavirus pandemic, the lives of millions of people depend on coronavirus vaccination.

And while many around the world can hardly wait for it, a smaller group of the population fears that they will be forced to be vaccinated.

In Germany, for example, this is theoretically possible because the government has a legal basis to impose mandatory vaccinations, but it does not seem to intend to do so for the time being.

“I give you my word, there will be no compulsory vaccination in this pandemic,” German Health Minister Jens Spahn said recently.

In the United States, this option is not ruled out, but such a decision cannot be made at the national level but is within the competence of each federal state.

The New York Bar Association adopted a resolution in November that would recommend mandatory vaccination if the voluntary response is not large enough.

Such measures, for example, can be stepped up by banning unvaccinated people from entering bars and restaurants. Experts say employers can encourage employees to get vaccinated as long as they have a legitimate reason to do so.

Australian Prime Minister Scott Morrison said back in August that he wanted vaccination to be mandatory for all citizens as soon as the vaccine became available.

The national airline Qantas wants to introduce compulsory insurance for all its passengers on intercontinental flights. As soon as the vaccine is available, new general travel conditions for the company will be adopted, its CEO Alan Joyce said.

“The law allows it, but only for special groups of people who care for vulnerable groups, such as health care workers,” said Anne Levy, head of the federal public health office.

But most other European countries rely on voluntary vaccination.

“Vaccination will not be mandatory,” French President Emmanuel Macron said in a recent address to the nation.

Spain has said the vaccination will be voluntary but free in the country.

In the Czech Republic, the national vaccination strategy requires that it be voluntary. And Italian Prime Minister Giuseppe Conte has said he favors a voluntary decision.

In Croatia, where vaccination against 11 diseases, such as tetanus, polio, measles, tuberculosis, and hepatitis B, is mandatory, officials have so far not ruled out the possibility of coronavirus.

According to a Valicon survey published in mid-November, when the daily death toll from covid was twice as low as today, as many as 57 percent of Croats said they did not intend to be vaccinated.

In Slovenia, that number is even higher and amounts to 60 percent. The reasons are mostly mistrust and fear that those who take the vaccine will become infected rather than protect themselves.

Given the popularity of conspiracy theories, some of which are supported by the government and the media under its control, it is not surprising that in Hungary, too, more than 50 percent of those who refuse vaccination.

In Russia, the country that first boasted of the vaccine produced, about 60 percent of respondents in a Levada poll said they had no intention of using it.

In the two largest South American countries, Argentina and Brazil, where the compulsory vaccination program is similar to the Croatian one, there are no plans to order vaccination against coronavirus for the time being. This is especially true in Brazil, where there is strong resistance to vaccination. Argentines do not rule out the possibility that this vaccine if it proves safe and effective, will later be added to the list of mandatory ones.

According to a study by the Canadian University of McGill, a mandatory vaccination program against at least one disease exists in approximately half of the countries in the world, and in 62 countries around the world, there are some sanctions for refusing vaccination, from fines to imprisonment.

–  Vaccination programs are the most effective public health tool. In a pandemic, high vaccination coverage is particularly important globally, said the study.