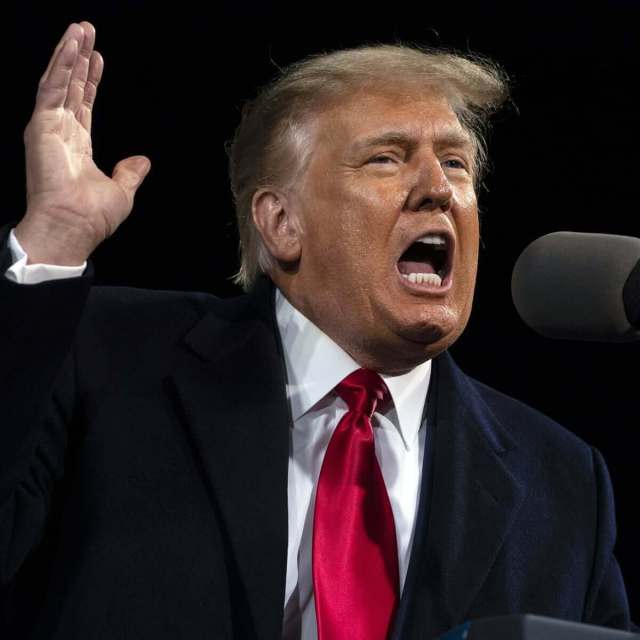 The U.S. Senate, which was due to end Donald Trump’s trial for inciting the uprising today, suddenly decided to call witnesses after it was announced last night that Trump told the Republican congressional leader during the attack on Congress that the attackers were more worried about his election defeat than MPs.

Former US President Donald Trump told by telephone, during the deadly attack of his supporters on Congress on January 6, a Republican leader in the House of Representatives Kevin McCarthy, that hooligans are more worried about his election defeat than MPs, said Republican Herrera Beutler ).

News of that phone call surfaced hours before Trump’s trial was due to resume on Saturday before the Senate divided over whether the former president should be found guilty of rebellion.

Permission to call a witness

Following the news, several Democratic senators called on Democrats who serve as prosecutors to seek permission to call witnesses who can provide details of the phone call.

Much of the trial in recent days has focused on how much Trump knew about the actions of his supporters who stormed Congress in an attempt to prevent MPs from both houses from confirming Joe Biden’s election victory in the U.S. presidential election last November.

Herrera Butler, one of ten Republicans who voted with Democrats in the House of Representatives last month to confirm the indictment against Trump, recalled details of a telephone conversation between Trump and McCarthy on Friday night. Democrats want to call her a witness.

“Well, Kevin, those people care more about the election than you do,” Butler quoted Trump as saying. According to her, Trump initially denied that his supporters were involved in the attack, claiming that the mob was from the ranks of the left-wing Antifa, which he rejected as a false claim to McCarthy.

It is unknown at this time what he will do after leaving the post.