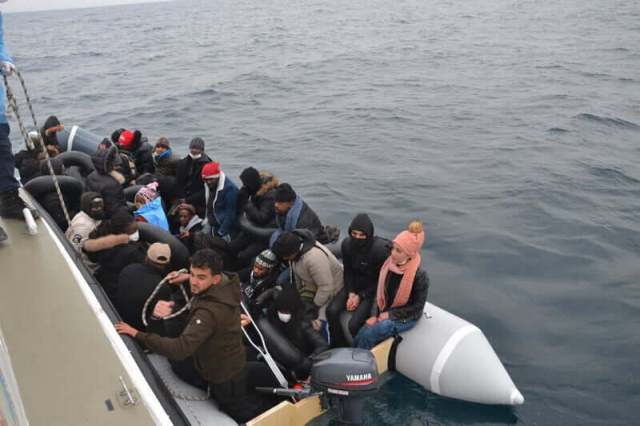 The Turkish Foreign Ministry called on Greece to respect international law, European Union laws, human rights principles and the readmission agreement concluded between Ankara and the European Union, in dealing with asylum seekers.

This came in a statement issued by the Turkish Foreign Ministry, on Sunday, against the knowledge of the Greek authorities’ deportation of 13 asylum seekers from a refugee camp on the island of Medelli(Lesbos) and forcing them to return to Turkish territorial waters, via a rubber boat.

The statement indicated that, on February 18, Greece forced 13 Afghan refugees in a camp on the island of Medelli, including women and children, to return to Turkey, after taking them out of the camp under the pretext of conducting Coronavirus tests, beating them and stealing their money and valuables.

The statement also indicated that the Greek authorities left two groups of asylum seekers on February 23 and 24, to face death on an island in the middle of the Maritsa River separating the two countries, after all their money and valuable belongings were stolen.

The statement added that the Turkish border guards rescued the 51 asylum-seekers, as it was found that some of them arrived in Greece via Bulgaria and Serbia.

The statement indicated that the European Agency for Border and Coast Guard (Frontex) had been involved in some illegal practices followed by Greece against asylum seekers.

The statement pointed out that during the last four years, Greece has forced more than 80,000 asylum seekers to return to Turkey.

The Foreign Ministry said, “Greece follows a systematic policy against asylum seekers, and we call on all European Union countries to respect the basic rights of asylum seekers and deal with them in accordance with the principle of respecting human rights.”

“We call on the Greek government and all those involved in forcibly returning asylum seekers to abide by international and humanitarian law and the immigration agreement concluded between Ankara and the European Union on March 18, 2016,” the statement added.