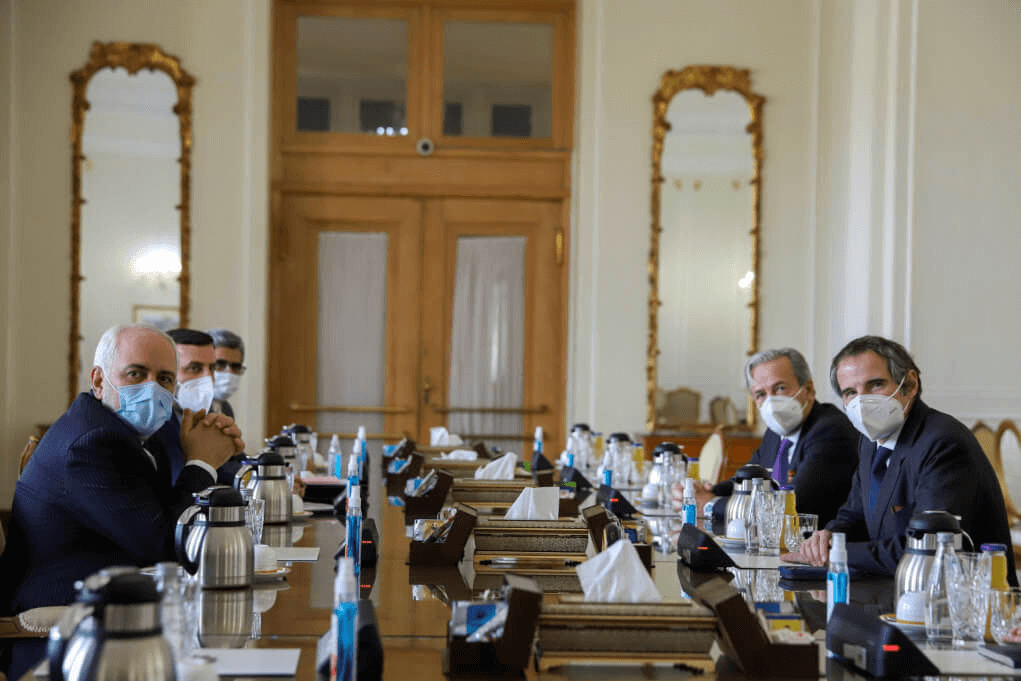 In parallel with the United States and Iran arranging their second round of indirect nuclear talks in Vienna this week, analysts believe that the attack that occurred Sunday on the Natanz nuclear site weakened the Iranian position, while others believe that the whole matter depends on Iran’s response, according to a report by Voice of America.

On Monday, White House spokeswoman Jane Sackey said that the United States expects the indirect talks to continue in the Austrian capital on Wednesday as scheduled.

The two sides held the first round of indirect talks in Vienna from April 6 to 9, during which representatives of Britain, France, Germany, China and Russia acted as mediators.

During former President Donald Trump’s tenure, Washington withdrew from the agreement and unilaterally began tightening sanctions on Iran in 2018.

Tehran responded a year later by starting to go beyond the nuclear boundaries of the deal known as the Joint Comprehensive Plan of Action (JCPOA).

Iran has not publicly announced any changes to its plans to participate in the second round of Vienna talks since Sunday’s incident at the Natanz fuel enrichment plant.

Behrouz Bayat, the former Iranian advisor to the Vienna-based International Atomic Energy Agency, said that a sudden power failure could damage 5,000 of the reactors and make them unusable, while repairing them would take months, which would delay the Iranian enrichment program, according to him.

Bayat said the increasing Iranian violations of uranium enrichment limits in the Joint Comprehensive Plan of Action in recent months were aimed at pressuring the Biden administration to lift Trump’s sanctions and return to the deal.

US officials said Iran appeared to be only months away from having enough enriched uranium to build a nuclear bomb.

Bayat said, “The message behind this attack is that Supreme Leader Ali Khamenei cannot go on this path of threat.”

For his part, Israeli Channel 13 correspondent Alon Ben-David said that the accident at the Iranian nuclear facility would lose the pressure card it was relying on.

Ben David tweeted, “Without the ability to enrich in Natanz in the coming months, Iran loses the means of pressure in the negotiations.”

Israeli analyst Sim Shine, of the Israeli Institute for National Security Studies, said on the other hand, in an interview with “Voice of America” ​​that Iran has several options to launch a retaliatory strike.

“They have tried in the past and I’m sure they will try again in cyberspace if they have any capacity,” said Shane.

In separate comments he made to the same radio, analyst Eldad Shavit said that the growing tension between Iran and Israel may push the administration of US President Joe Biden to try to reach an agreement with Iran before the tension escalates further.

He added, “There is reason to believe that the US administration will now be under greater pressure to reach an agreement with the Iranians because their strategic goal is to return to the Joint Comprehensive Plan of Action.”

Behnam Bin Taliblu, an analyst at the Foundation for Defense of Democracies, told the broadcaster that Iran is likely to maintain its strategy of continuing nuclear escalation to try to pressure the United States to weaken the sanctions.

“I believe that any kind of shadow war going on in the region will not be related to the JCPOA talks, as was the case in the pre-JCPOA era in early 2010,” Taliblu said.