The Foreign Relations Committee of the European Parliament has published a draft report outlining the principles of the European Union in relations with Russia. There are five of these principles: most of them are focused on supporting democracy, but two are also aimed at curbing “Russian aggression.”

So, one of them focuses on countering security threats. Within its framework, parliamentarians propose to unite with NATO and “international partners” in order to maintain stability in the “Eastern Partnership” region (the EU program for cooperation with the states of the former USSR.). To do this, it is proposed to put pressure on Russia so that it does not interfere in the affairs of these states. Otherwise, the European Union is offered to be ready to call for disconnecting Russia from the international payment system SWIFT. It is also proposed to develop a clear plan to reduce the EU’s dependence on Russian oil and gas – at least as long as Russian President Vladimir Putin is in power.

The second point concerns the fight against “Russian interference” in the affairs of the EU and the states of Eastern Europe. It is proposed to resolve this issue by concluding security agreements with the countries of the Eastern Partnership and combating “hybrid threats” from Russia.

The EP proposes to support democracy, first of all, with the help of sanctions, financial control, and investigations. The principle includes measures such as the creation of a transatlantic alliance with the United States, within which joint decisions will be made on sanctions, support for activists, anti-money laundering policies, etc. In the framework of the principle of “democracy first”, it is proposed to keep the issue of compliance in the first place human rights and the holding of free elections in any dialogue with Moscow. It also emphasizes that the member states and the EU as a whole should review joint investment projects and acts of economic cooperation. In particular, it is proposed to stop the Nord Stream-2 project. Also, the authors of the document want to speed up the process of adopting sanctions and work with non-governmental organizations to investigate cases of human rights violations in Russia. As an example of such organizations, Bellingcat.

The document also includes the principle of “supporting a democratic society in Russia.” The EU is going to do this by launching a TV channel with round-the-clock broadcasting. In addition, parliamentarians are ready not to recognize the results of the elections to the State Duma, which will be held this fall. Within the framework of the latter principle, the EP proposes to “inspire” Russians with the example of the success of the Eastern Partnership. The authors of the document believe that the successful development of the states included in the program will become a good example for Russians and encourage them to support democracy. 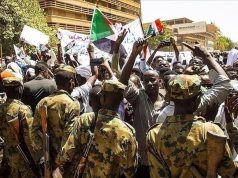