Iran and the United States have made progress on nearly every issue under discussion in their indirect talks over the past two months on reviving the 2015 nuclear deal, but a deal appears to be a long way off at a time when many difficult issues remain unresolved, according to The Washington Post.

With the start of the sixth round of talks, Saturday, the administration of US President Joe Biden is still not sure whether it is closer to a final agreement, according to the newspaper.

The newspaper quoted a senior administration official as saying that there has been progress “on every issue, every time we meet” from talks that bring together the remaining parties to the deal – Iran, Russia, China, France, Britain, Germany and the European Union.

The official, one of several US and European officials who spoke on the condition of anonymity about sensitive meetings in Vienna, said progress could be made on the remaining gaps “within weeks.”

He stressed the importance of overcoming the basic mistrust between the two sides and making political decisions to accept the negotiated results.

Tehran and Washington have mentioned the steps they would like to take towards complying with the original terms of the nuclear deal. The administration has previously indicated its willingness to lift any of the numerous US sanctions imposed on Iran.

Former US President Donald Trump withdrew from the agreement in 2018, and re-imposed economic sanctions that were lifted under the agreement.

Iran responded by violating many of the restrictions, producing more enriched uranium than the deal allows, with recently raising enrichment levels close to what is needed for weapons.

A European official said that while there were still outstanding issues related to US sanctions and Iranian capabilities, we were “optimistic” that “a deal is possible.” But “that’s only part of the answer. The rest is more about political decisions.”

On the political levels, the Washington Post says that both the United States and Iran want something to make the deal acceptable at home, “but it may be impossible for the other side to deliver.”

Iran is seeking assurances that the United States’ return to the nuclear deal will not be reversed, and future administrations will not reimpose sanctions.

The Biden administration wants Iran to explicitly agree that the agreement will lead to further negotiations to pursue longer and stronger restrictions on its nuclear program, ballistic missile programs, human rights record, and alleged support for terrorist groups. 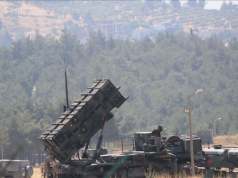