The Libyan High Electoral Commission said, on Friday, that 23 people have submitted applications to run for the presidential elections scheduled for December 24 next.

And he added that with their candidacy, “the total number of presidential candidates (so far) will be 23.”

The statement pointed out that “accepting the candidates’ files is a preliminary acceptance, and the Commission will refer the files of the applicants for candidacy to the Attorney General, the Criminal Investigation Agency, and the General Administration of Passports and Nationality.”

He added that this comes “in accordance with Law No. 1 of 2021 regarding the election of the head of state, to determine the extent to which their data conform to the conditions specified in the law, after which the commission will announce the preliminary lists in the media and its official website.”

On Thursday, the commission said in a statement that it had referred (the first list) of citizens’ applications to run for the presidential elections, which contained the data of 10 candidates, to the Attorney General, the Criminal Investigation Agency, and the General Administration of Passports and Nationality.

A candidate for the presidency, according to the Commission, is required not to have been finally convicted of a felony or misdemeanor involving moral turpitude or dishonesty, and not to hold the citizenship of another country when he is nominated.

In a related context, the Commission stated that the number of candidates for the parliamentary elections reached, as of Friday, 1,231 candidates in all electoral districts.

On November 8, the commission opened the door for candidacy, and it will continue until the 22nd of the same month for the presidential elections, and the 7th of December for the parliamentary elections.

Libyans hope that the elections will contribute to ending the armed conflict that has plagued the oil-rich country; With the support of Arab and Western countries, mercenaries and foreign fighters, Haftar’s militia fought for years against the former internationally recognized Government of National Accord. 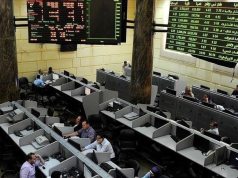 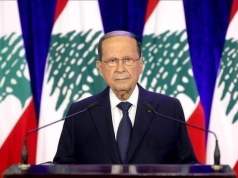