She loved her husband. Ten years of living together, a baby girl, and many details. But time introduced some wrinkles on the relationship. a bit of love left; Or to transfer something of intimacy. But love lost its first luster, and sex became mechanical, and their words were dominated by the high cost of living, school attendance, and family occasions.

Then it was her classmate. Elegant handsome young man. She can’t resist comparing his slender body to her husband’s saggy body. She admires his elegance and is intrigued by his choice of ties. his way of speaking. its general culture. His sense of humor.

One day, while she was making love with her husband, the image of her colleague popped up into her mind. She was ashamed of her behavior. She considered it treason, although it did not go beyond imagination.

Then she decided to confront her colleague with her feelings. The second marriage came. She explained to her first husband that she loved him and that she did not want to abandon him. It will ensure fair treatment between the two. There was a child between them, a shared apartment, and many details.

The first husband kisses or pretends to be. Did he have an alternative? She married her partner. Some of those around them resented, but the majority considered it normal. One of her rights as a wife has desires. She spent the nights equally between the two, but she missed her new husband more. She misses his cuddles, his muscular muscles, and the fun his presence brings to the house. She liked his general culture, his independence, and many things about him. Even the way he styled his stuff in the bathroom.

Her first husband pretended to accept the situation reluctantly, in order to preserve the stability of the family. He even suggested that they spend the next Eid together, he and their child, and… his new husband. It was better for him than spending the Eid alone if his wife chose to spend it with her new husband.

How did the above story look to you? Absurd, mad, and unacceptable?

In fact, it is not much different from the absurdity and madness generated by the reverse verse.!!!! Neither religion, nor the law, nor habituation and societal acceptance, can convince us that polygamy is “natural” and that it is a right of men. Nor can anyone convince us that a woman, because of her religious convictions and Islamic upbringing, easily accepts her husband’s association with another woman.

Polygamy legitimizes disloyalty and institutionalizes it. The feeling of boredom and the woman’s inability to have children and all these “arguments” may be used in the masculine form as well as in the feminine form. Either we find a reasonable solution for it in all cases, or we cancel it in all cases.

The heartburn experienced by some men just by reading the first paragraph of this article (without actually experiencing it with their wives), is the same that burns the hearts of tens of thousands of women, including those who might say otherwise.

Some, to justify polygamy, invent unfounded numbers, such as videos and articles that we encounter from time to time about the fact that the number of women is much greater than the number of men, which may justify polygamy in order to “save women from spinsterhood”. The catastrophic that there are solid media platforms that promote these numbers to justify and explain polygamy, while small research on official statistical sources shows us that these numbers are wrong, because the division of human beings on the face of the earth based on sex, according to United Nations statistics, shows almost equal ratios between Men and women (with a slightly higher number of men, the opposite of what is being advertised!).

On Earth, humans are divided into: 50.4% of men and 49.6% of women, meaning that, for every 102 men, there are 100 women. Will we justify, for example, polyandry for one wife, on the pretext of saving the small percentage of men who outnumber women? Or does this fact show us how some have the ability to twist religious and even demographic data to justify unfair practices? 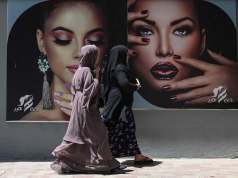 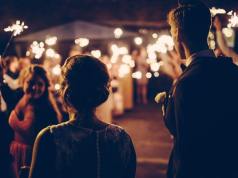