On Sunday morning, the 17th Extraordinary Session of the Council of Foreign Ministers of the Organization of Islamic Cooperation on Afghanistan kicked off in the Pakistani capital, Islamabad.

Representatives of 57 Islamic countries will participate in the meeting as well as delegations in the capacity of observers to discuss the humanitarian situation in Afghanistan, according to Pakistani media.

After reciting verses from the Noble Qur’an, Pakistani Foreign Minister Shah Mahmood Qureshi announced the opening of the 17th special session at the Parliament building in Islamabad, and gave the opening speech for the session, according to what was reported by the local newspaper Dawn.

The newspaper reported that Pakistani Prime Minister Imran Khan will deliver the keynote address at the opening session.

The extraordinary meeting was convened at the request of Saudi Arabia in its capacity as Chair of the 14th Islamic Summit for “Responding to the Serious Humanitarian Crisis Facing the Afghan People”.

In his opening speech, the Pakistani Foreign Minister said that more than half of the Afghan people suffer from lack of food and millions of children in Afghanistan are at risk of dying from malnutrition.

He added that his country “is affected by the humanitarian crisis in Afghanistan and we cannot rule out the risk of complete economic collapse there.”

In turn, the Saudi Foreign Minister, Faisal bin Farhan Al Saud, said in a speech at the session, that the Kingdom “recognizes that the economic collapse and the deterioration of living conditions in Afghanistan will not only be a human tragedy but will lead to more instability and will lead to dire consequences for peace and stability.” regional and international.

The Saudi minister expressed his hope that the outcomes of the meeting would contribute to providing the immediate humanitarian response to the Afghan people through pledges of donor countries and the proposed mechanisms such as the establishment of a humanitarian trust fund for Afghanistan under the supervision of the Islamic Development Bank.

He added that “Afghanistan now stands at a crossroads and the collapse of the current situation will lead to chaos that will benefit the extremists and the spread of terrorism.”

The Secretary-General of the Organization of Islamic Cooperation, Hussein Ibrahim Taha, who assumed his duties last month, also delivered a speech before the emergency extraordinary meeting, in which he called on the Afghan parties to create conditions to achieve security and to assist humanitarian organizations in carrying out their tasks.

He said the international community is more than ever required to ensure that Afghan territory is not used as a haven for terrorist groups. 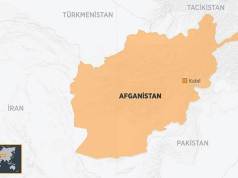 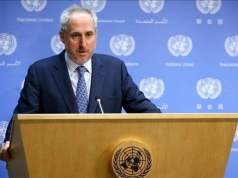