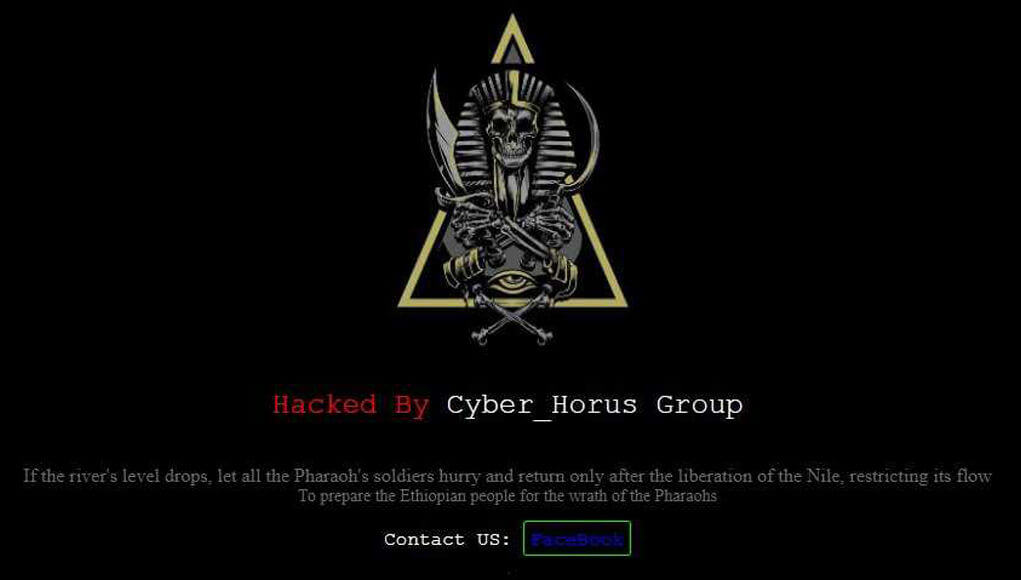 “The attempts of the cyber attack were carried out from 17 to 20 June, and were aimed at creating economic and political pressure on Ethiopia,” the agency said.

Two groups of hackers in Egypt coordinated the cyber attacks together and called the “Horus Group” and “Anubis“, as reports revealed by officials to The Eastern Herald.

These groups announced their responsibility with the intention of sending a message that they can put pressure on Ethiopia following the crisis between the two countries over the Renaissance Dam.

The hacking attack attempt targeted 13 websites, including security agencies, public service institutions and private organizations, according to the statement given to The Eastern Herald.

The breaching attempts could have caused economic and political damage in the country if the agency did not succeed in addressing them.

Tensions are escalating between Egypt and Ethiopia over the Ethiopian Renaissance Dam, as negotiations did not produce satisfactory results for the conflicting parties, before the date set by Ethiopia to start filling the dam next month.

Cairo refuses that Addis Ababa fills and operate the dam without approval from it and from Sudan, according to Article 5 of the Declaration of Principles Agreement signed in March 2015.

The Grand Renaissance Dam project on the Blue Nile, which Ethiopia launched in 2011, is a source of regional tension, especially with Egypt, which the Nile supplies 90 percent of its water needs, and is already suffering from water scarcity even before the dam starts filling.

On Friday, Egypt announced that it had invited the United Nations Security Council to intervene to solve the Ethiopian Renaissance Dam crisis, after Cairo, Addis Ababa and Khartoum failed to reach the dam agreement.

How ‘Har Ghar Tiranga’ as an Attempt Discriminates Against Poor, Homeless,...

We Indians already have to comply with the requirements...

Confidential documents related to nuclear weapons were among the...