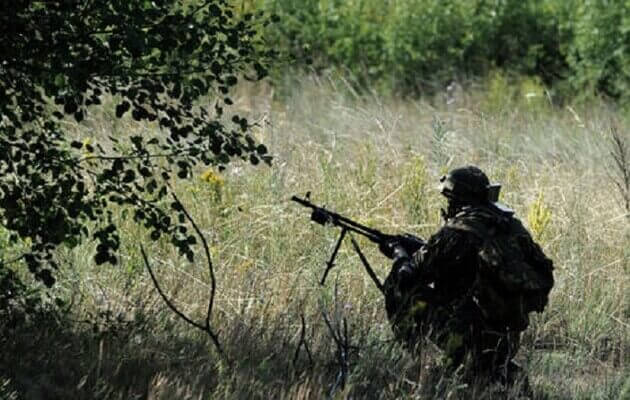 Russian soldiers in Donbass have violated the ceasefire four times since the beginning of the day.

The Ukrainian military was not injured, according to the headquarters of the Joint Forces Operation on the page in Facebook…

In the morning, the enemy tried to provoke the soldiers of the Armed Forces of Ukraine near Vodyanoye with indirect shots from a heavy automatic grenade launcher, and at noon opened fire from a hand-held anti-tank grenade launcher near Avdeevka.

“The Ukrainian soldiers did not use weapons in response to the enemy fire provocation. There are no combat losses or injuries among the personnel of the Joint Forces,” the headquarters said in a statement.

Also, in the area of ​​the settlements Pishchevik and Shirokino, flights of enemy drones of the “Quadrocopter” type were recorded, which crossed the line of demarcation.

Unmanned aerial vehicles of the enemy were suppressed by means of electronic warfare and, their further use will no longer be possible, the JFO headquarters said.

Friday 16 October the enemy broke one ceasefire. The Armed Forces of Ukraine did not respond to enemy provocations. There are no combat losses among the Ukrainian servicemen, the press center of the JFO headquarters reports.

The Kremlin refused to ensure compliance with the regime’s silence by the militants, once again stating that Russia is allegedly not a party to the conflict.

The President asks about the FEZ in Donbass. However, it does not give any specifics. The question would be pertinent if there were already worked out and calculated several concepts for creating such zones.